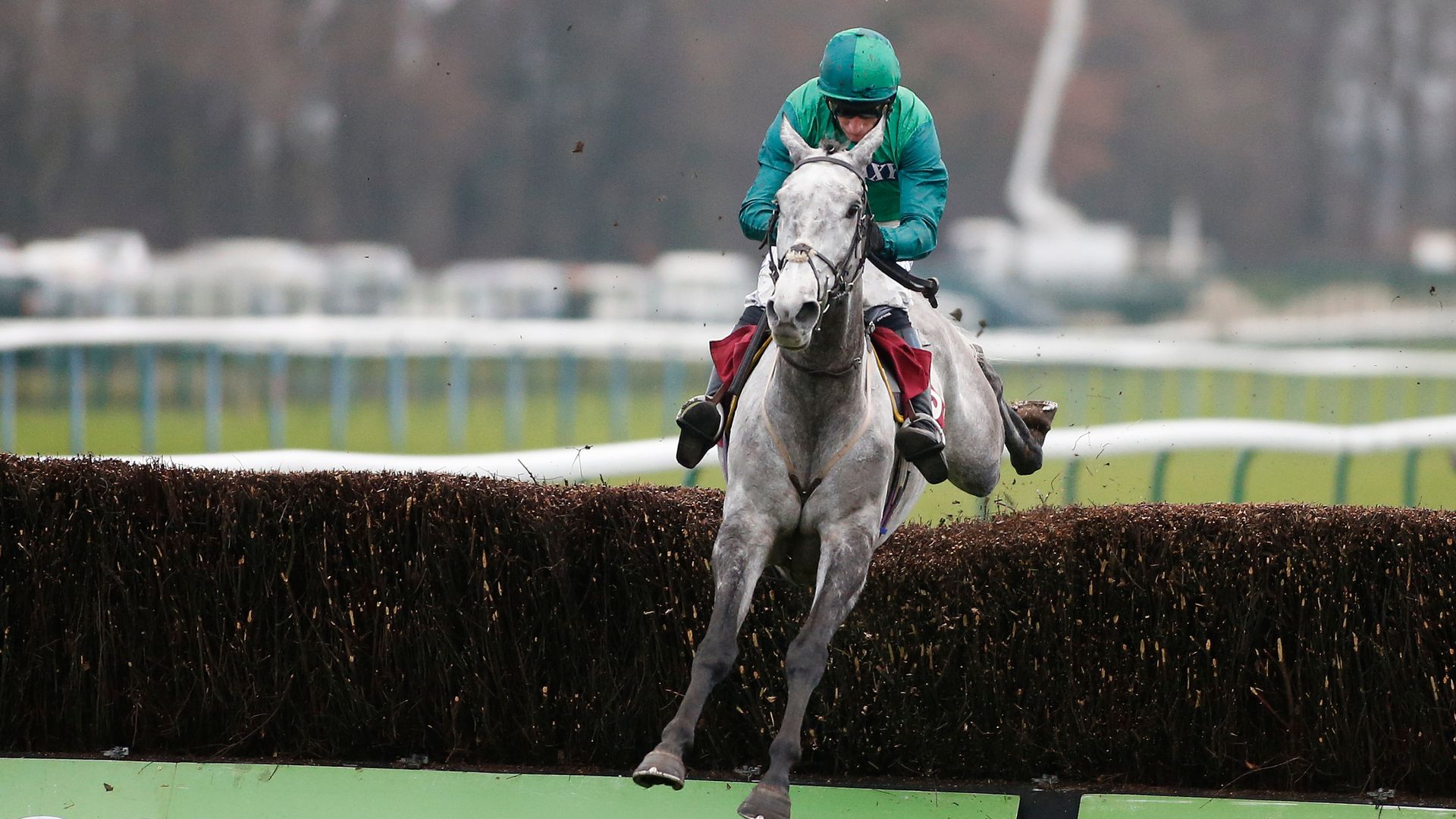 Nigel Twiston-Davies has Bristol De Mai perfectly tuned ahead of his bid for a fourth Betfair Chase at Haydock on Saturday.

The gray has been a dominant force in the race for the past four seasons, scoring back to back wins in 2017 and 2018 before retaining his title last year following a second-placed finish behind Lostintranslation in 2020.

Haydock is usually Twiston-Davies’ first port of call with the hugely-popular gelding, who has kicked off his campaign in the race for the past three years and will do so again having not been seen since his Grand National run in Aintree.

The trainer reports the horse to have summered well and to be at the peak of fitness ahead of his title defense at the weekend.

“He was here in the summer and he’s been very happy,” he said.

“He’s in great form, I couldn’t be happier really.

“He’s easy to get fit, that’s the beauty of him and we’re all primed and ready to go. The one year we were second was the year we really struggled, he had lameness problems and he didn’t get there quite 100 per cent.”

There have been no such setbacks this time around and Twiston-Davies is hoping the 10-year-old’s fitness will prove valuable when he takes on what looks to be a particularly competitive line-up that includes Henry de Bromhead’s Cheltenham Gold Cup runner-up A Plus Tard.

“It looks as hot as ever, but the one thing he always has in his favor is that he’s an easy horse to get fit. Will they all be as fit as he is?” he said.

“It’s great for the race and great for all of us, let’s hope we can beat them.”

Bristol De Mai has a notably solid record at Haydock, with his 2019 defeat in the Betfair Chase his only loss at the track in six runs.

“He likes to be able to boss races and it’s a very uncomplicated track, there are two long straights and easy bends – he can just get out there and do his stuff,” Twiston-Davies explained.

“There’s no races for him at Newbury or places like that but I’m sure he’d be just as good there, he was good around Wetherby. A flat track where he can really boss them seems to suit him.”

Similarly well-suited to him is his jockey Daryl Jacob, who has ridden him in all but two of his 36 career starts, only handing the reins to Twiston-Davies’ son, Sam, on one occasion and to French rider Arnaud Duchene when Bristol De Mai won at Auteuil as a three-year-old.

“One of the only other people to have ridden him is Sam, Daryl knows him like the back of his hand and they love each other,” the trainer said of the partnership.

For all those connected to the horse the race is the source of many happy memories, with a record-equalling fourth success in the contest set to leave Bristol De Mai tied with the great Kauto Star, winner of the Betfair Chase in 2006, 2007, 2009 and 2011.

“It would just be great, he’ll be remembered forever and maybe there’d be a race named after him,” Twiston-Davies said of the prospect.

“He’s really, really special. We were lucky enough to have him and The New One both going at the same time.

“They were real standard-bearers for the yard and he has been exceptional, he hasn’t quite won the Gold Cup I always wanted but he was third in one.”

The trainer also recalled when he was first shown a glimpse of Bristol De Mai’s potential as a three-year-old in the Grade One Future Champions Finale Juvenile Hurdle at Chepstow.

“These are special memories, probably my most special memory was his very first run for us at Chepstow, he got deep ground in the three-year-old hurdle and then we really knew we had a very, very exceptional horse and he hasn’t t let us down since,” he said.

“He’s a very easy horse to train, he’s keen in how he goes about his work, he loves his work. He lives in the field every day as well and he loves that.