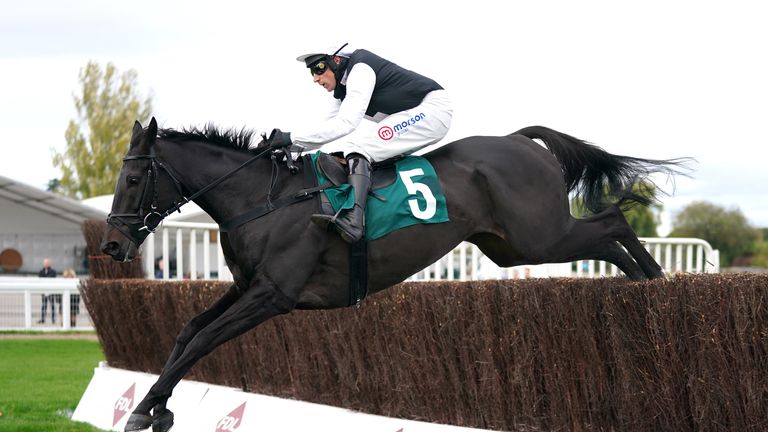 Ahead of this weekend’s Cheltenham November meeting, we pick out five angles that could be of interest across the three-day meeting and again at The Festival.

Dan Skelton and Paul Nicholls have both enjoyed stellar starts to the season and unleash several potential superstars and established Grade One horses this weekend, including My Drogo, Third Time Lucki, Politologue and Nube Negra.

A whole host of Irish raiders also make the trip to Prestbury Park, with the visiting team looking to enjoy more success after the last season’s emphatic festival effort.

He won’t be much of a betting proposition at likely prohibitive odds, but we could be watching a potential Arkle prospect this weekend in the shape of Third Time Lucky.

The Skelton-trained horse takes in the Grade Two novice chase on Saturday, taking on Mick Pastor and Captain Tom Cat, who clashed themselves last weekend at Wincanton, with the latter coming out on top.

If Third Time Lucki can put in a similarly exemplary jumping performance as his chasing debut at Cheltenham, he will be incredibly difficult to beat and his odds should contract for Grade One victory at The Festival in March.

Sue Smith’s eight-year-old looks primed for a big run in the Paddy Power Gold Cup on Saturday after a highly-encouraging seasonal reappearance at Aintree.

Like last season, he took in the Old Roan Chase and was beaten just over two lengths by Allmankind, a race he was well beaten in last season.

That bodes well for his run this weekend, having run a blinder to finish second in the race last year behind Coole Cody – he is rated one pound lower now so looks primed to run a big race.

Six-year-old Proschema is due a big-race success, having run admirably in the Silver Trophy at Chepstow and again in the bet365 Hurdle at Wetherby a fortnight ago.

The second of those in particular bodes well for this weekend’s run in the Listed Paddy Power Games Handicap Hurdle, having proven his stamina over three miles with that performance behind Indefatigable.

He has been raised three pounds for that outing but still looks feasibly treated and is race-fit with the ground still suiting despite the time of year.

It is hard to pinpoint any of the four runners in Sunday’s Shloer Chase, with plenty of quality amongst the quartet who look set to line up.

You have to start with defending Queen Mother Champion Chase heroine Put The Kettle On, who is unbeaten around Cheltenham for Henry De Bromhead and Aidan Coleman, and will surely be primed for the run.

Tingle Creek winner politologue adds an extra layer of intrigue for Paul Nicholls, with next month’s Grade One possibly the long-term plan for the evergreen 10-year-old. He did run in this race in 2019, finishing second behind Defi Du Seuil.

Nube Negra was arguably the unlucky horse in the Champion Chase, struggling for a clear run before flying home to be narrowly beaten by Put The Kettle On, with the Skelton team looking to reverse that form on Sunday.

And Rouge Vif – who won at Cheltenham last season – returns from wind surgery having moved from Harry Whittington’s yard to the all-conquering Paul Nicholls yard. It wouldn’t require too much imagination to picture the 159-rated horse finding a bit of improvement and running well on Sunday.

On the face of it, Tritonic’s seasonal reappearance in the Masterson Holdings Hurdle at Cheltenham was disappointing, being beaten three lengths by I Like To Move It.

The Grade Two performer may have needed that run though, and was giving away plenty of weight to the winner whilst jumping a touch slowly.

He remains on a mark of 142 and could be well-treated in the Greatwood Hurdle on Sunday, especially if finding that Adonis Hurdle form from last February.