Kyle McFadzean’s last-minute winner gave Coventry a fairytale homecoming after two years away with a 2-1 win over Nottingham Forest at the Coventry Building Society Arena.

The Sky Blues captain squirmed an effort past Brice Samba in the 96th minute to give the hosts victory in their first game on home soil since 2019, having spent the last two years as tenants at St Andrew’s in Birmingham.

Forest had looked like spoiling the party in front of a home crowd in excess of 20,000 when Lyle Taylor slotted them ahead from Brennan Johnson’s low ball just before half-time.

But Coventry produced a much-improved second-half performance and looked likely to earn a share of the spoils when Viktor Gyokeres’ powered in an equaliser nine minutes from time.

With their final bite of the cherry, the hosts completed the turnaround in the last minute of added time, with Dominic Hyam’s header from a free-kick blocked to McFadzean, who squeezed his own effort past Samba to spark jubilant scenes on and off the pitch .

Coventry had rarely seen crowds like the one which descended on the Coventry Building Society Arena for decades ahead of their opening-day clash with Forest, and perhaps were unnerved by their raucous support in a timid opening period.

The Sky Blues enjoyed plenty of possession but could do little with it, while Taylor threatened from the off and provided a warning shot 15 minutes in when he outmuscled Fankaty Dabo, before whistling an effort just wide from a tight angle.

He would find the back of the net with his next real chance moments before half-time, finishing off a superb counter-attack led by Johnson, who sprinted 50 yards before sliding the ball across low for the striker to finish from close range.

The hosts emerged improved after half-time and struck the woodwork nine minutes into the second period as Ben Sheaf came close to finishing off a lovely flowing move, but clear-cut chances remained at a premium against a Forest defense which proved particularly miserly last season .

With nine minutes to go they did finally get the breakthrough their sheer desire had warranted. The impressive Callum O’Hare nutmegged Jack Colback on the flank before finding Sheaf in the box. His blocked shot then fell for Gyokeres, who fired in powerfully on his debut to level.

The addition of six minutes of added time was cheered by the home support, still hopeful of one more moment to remember, and in the dying seconds it came.

O’Hare was chopped down out wide and from the resulting free-kick, after Hyam’s header was kept out, McFadzean’s sharp reactions beat Samba, before the captain celebrated wildly in front of the Coventry fans having sealed a perfect end to a historic day for the Sky Blues.

Man of the match – Brennan Johnson

After his impressive League One stint with Lincoln City on loan last season, Johnson showed he had come of age with a sensational assist for Taylor’s opener.

He could have had one himself after half-time thanks to a fine first touch and shot, and just edged Coventry’s Callum O’Hare in the Man of the Match stakes.

“Mark [Robins] has to take credit. They played more on the front foot after half-time, you could see the wing backs pressing the Forest full-backs higher up the pitch to regain the ball.

“You can talk about quality in the final third too, but it’s a springboard to go out and press higher. Is that just Mark’s decision? Is that the fans urging the players on, putting Forest under pressure right at the end?

“It’s great to see, having the atmosphere back in the stadium. It’s why we love the game.”

What the managers said… 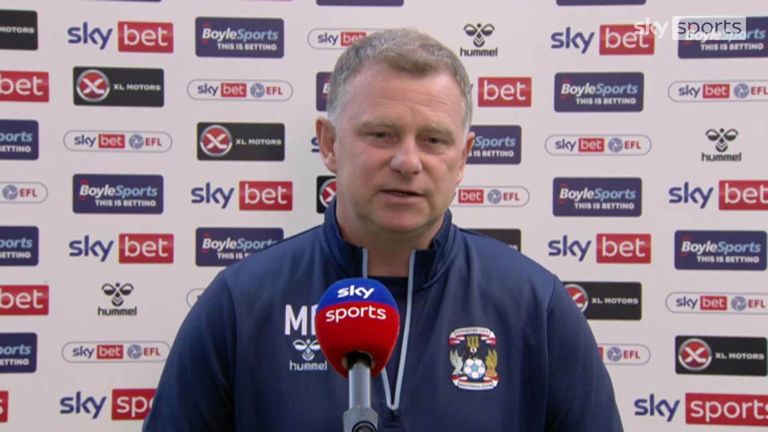 Coventry Manager Mark Robins: “It was a brilliant atmosphere from start to finish, but I don’t think we started well in the first half to do it justice, or ourselves.

“Second half we were really brave, on the front foot, tried to get the goal back, didn’t create a huge amount until we hit the bar and that seemed to give us a bit of belief. Then we went for the jugular.

“They seemed out on their feet, they’ve had some well-documented problems in pre-season, as we have, and you could see they had a few tired legs and minds.

“The lads that came on gave us a real lift in terms of their energy, and that was something we’d been lacking a little bit of. We thoroughly deserved the win – it was brilliant, and it was thrilling.” 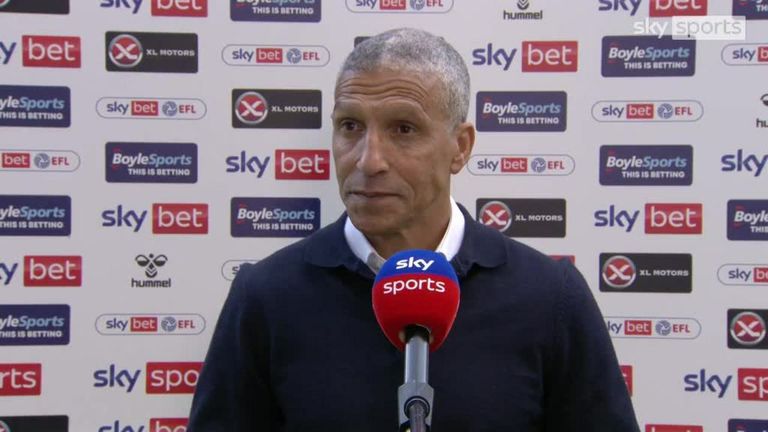 Nottingham Forest manager Chris Houghton: “We ran out of steam in the end. Running out of steam is not just about enthusiasm, it’s about decision making.

“When they were in a little bit of a rhythm, we were tiring a little bit, they’re at home, and they took their opportunities. We’d look at it as two poor goals conceded, and I think if it’s earlier in the game, we wouldn’t concede either of those goals.

“That’s what happens. It’s been a tough last two weeks, I can’t fault the commitment of the players, and I thought for 65-70 minutes we were good.

“I think [Covid] will continue for other clubs. We’ve been good right the way throughout the year, unfortunately for us it’s been over the last couple of weeks. It’s about coping with it – you have to.”

Coventry hosts Northampton Town in the first round of the Carabao Cup on Wednesday night; kick-off at 7.45pm.

At the same time, Forest will face Bradford City in their first-round clash at the City Ground.