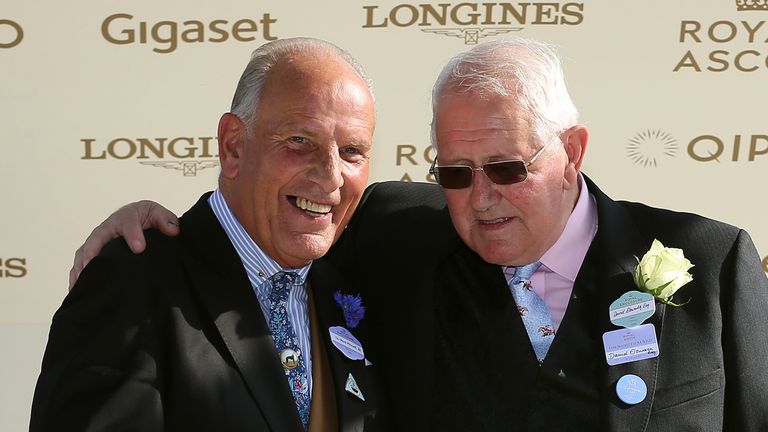 Legendary trainer David Elsworth is happy to slow things down as he closes in on retirement, but says it is “difficult to get off the merry-go-round” that is racing.

Elsworth, winner of the 1989 Cheltenham Gold Cup with Desert Orchid and the 1988 Grand National with Rhyme ‘N’ Reason, currently runs the majority of his horses on the Flat, having significantly downsized his operation.

The 82-year-old celebrated Group Two success as recently as 2019, with Sir Dancealot landing the Lennox Stakes at Goodwood, and gathered seven winners from 90 runners in a Covid-disrupted 2020.

In a rare and honest interview at Yarmouth, where he went in search of his seventh winner this year, Elsworth discussed his career plans with Sky Sports Racing’s Matt Chapman.

Asked about his retirement, Elsworth said: “We’re getting nearer. I’m in the queue, in the waiting room.

“It’d be nice to sit back and have a few years doing a bit of traveling or something else but it’s a difficult thing to get off the merry-go-round once you’re on it.

“I wouldn’t say it [retirement] is imminent, but it won’t be long.”

Elsworth admits the “romance” of racing is fading with every season that passes.

He said: “I’m an old man now, I’m 82, and your attitude changes. When you’re young you do things in a hurry and you’re more aggressive, but when you get old you slow down a bit .

“It’s still fun and I’ve had a wonderful time but a lot of the romance goes with each year. I wouldn’t say I’ve fallen out of love with it, but I’m happy to slow down.

“When you get to my age, a lot of your friends pass on and one reads their obituary, but one never gets a chance to read their own! I’d be fascinated to know what they’ll say about me.”

Elsworth will undoubtedly be remembered as one of the greatest dual-purpose trainers to ever grace the game.

“In racing, and in life, the biggest asset you can have is luck and I’ve been extremely lucky,” Elsworth reflected.

“I’ve stumbled across these horses and had a lot of good staff who have worked hard with me. It’s not a one-man show.”

‘I could have a row in an empty room’ Elsworth, who has previously put his ill feelings towards the media down to being “bad-tempered”, has plenty of misgivings about the current state of the racing calendar.

“There’s too much racing, but that’s a quite a popular opinion from those of us who work in the game,” he said.

“We’ve got more horses in training than we’ve ever had, more horses bred and we need more staff to look after them.

“We’ve created a monster and we’ve got to feed it. It’s getting a bit out of hand.”

On his relationship with the press, Elsworth added: “It’s not that I dislike the media they just irritate me sometimes, but Mick Channon will tell you, I could have a row in an empty room!

“If I was a media man, I’d guess I’d be as tiresome as you are a lot, chasing people for stories.

“That’s the job but I’m probably less tolerant than I might have been.”