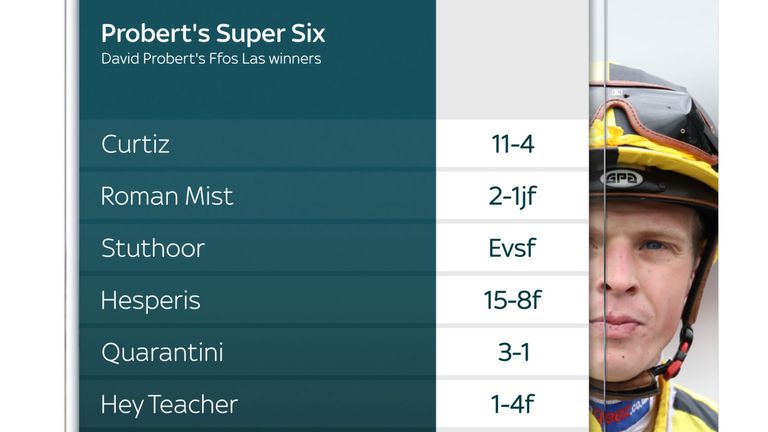 David Probert carried on where he left off at Ffos Las on Thursday when making it six victories in a row on Hey Teacher in the opening Cazoo Search Drive Smile Novice Median Auction Stakes.

The Welsh jockey rode the last five winners at the Carmarthenshire track on Wednesday evening and continued his winning sequence with the minimum of fuss.

Hey Teacher lived up to his prohibitive price of 1-4 favorite when running his three rivals into submission over a mile and a half.

Leading from the start, the Andrew Balding-trained three-year-old pulled away in the closing stages to score by nine and a half lengths from Scherbobalob.

“It’s been going good. I’ve been lucky enough to have been riding some nice horses over the last couple of days,” Probert told Sky Sports Racing.

On his latest winner, the rider, who is in sight of beating his best seasonal tally of 112 set in 2019, said: “It was just an easy canter for him.

“He took a step forward the last day and two of the horses there [at Bath] were behind him so he was entitled to do that today.