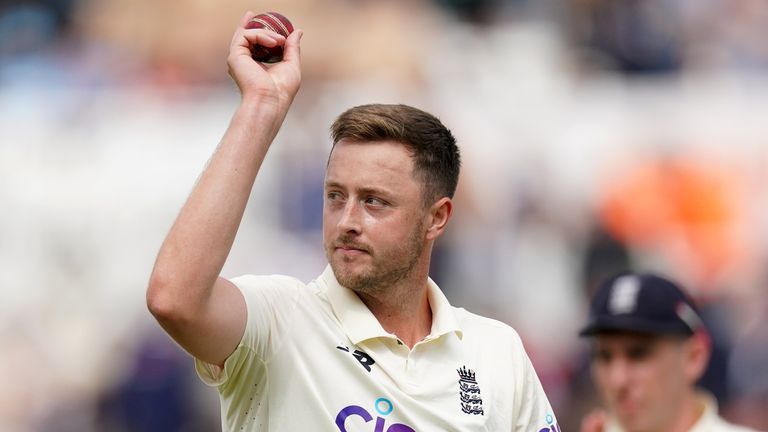 By Sam Drury at Trent Bridge

Ollie Robinson took his maiden Test five-for but England were left to rue a number of missed opportunities that allowed India to earn a 95-run first-innings lead in the series opener at Trent Bridge.

The sides were frustrated by rain for the second day running in Nottingham, with time lost to downpours at the beginning and the end of day three. However, in between, the tourists were able to put themselves in a strong position to push for victory.

KL Rahul made the most of being dropped twice to make 84 and Ravindra Jadeja (56) also scored a half-century before the tail wagged, Jasprit Bumrah making a career-best 28, to help India up to 278.

Robinson finished with figures of 5-85 while James Anderson (4-54) became the third-highest wicket-taker in the history of Test cricket when he dismissed Rahul, moving ahead of former India spinner Anil Kumble.

Rory Burns (11no) and Dom Sibley (9no) got through 11.1 overs either side of tea to take England to 25-0, trailing by 70, before the rain arrived and play was eventually abandoned for the day at 6.10pm.

Watch day four of the first Test between England and India at Trent Bridge from 10.15am, Saturday on Sky Sports The Hundred and Main Event.