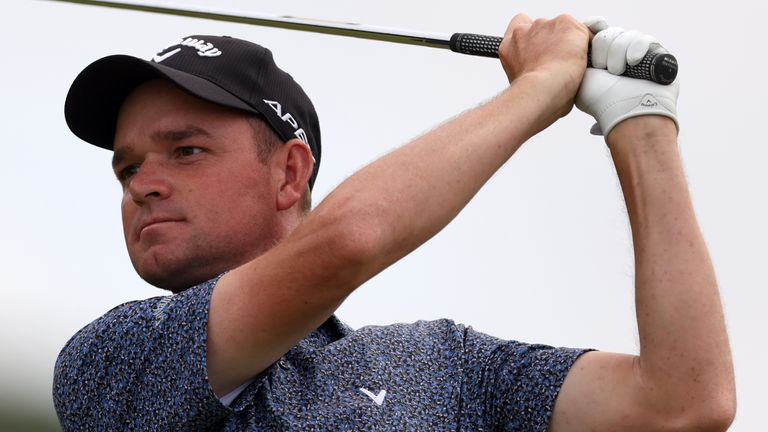 Dale Whitnell and Rhys Enoch share the lead at the Cazoo Classic; Jordan Smith among the players a shot off the pace – watch on Saturday from 11.30am live on Sky Sports Golf.

Rhys Enoch birdied two of his final three holes to grab a share of the halfway lead at the European Tour’s Cazoo Classic.

The Welshman, playing in the final group of the day, carded a round-of-the-day 65 at the London Golf Club to join Dale Whitnell – who signed for a bogey-free 68 – on 10 under at the top of the leaderboard .

Calum Hill posted a three-under 69 to get within a shot of the lead alongside Jordan Smith, while overnight leader Richard Bland heads into the weekend two off the pace and tied-fifth after a one-under 71.

“I’ve never led a tournament,” Whitnell said. “When I was fourth at Close House I was maybe one behind, but I’ve just got to take all the experience I’ve had and hopefully it will stand me in good stead going into the weekend.

“This is what we’re all here for and fortunately I’m in that position this week so we’ll see what the weekend brings.”

“The long game wasn’t quite there today and I felt like I left myself a lot of 30-40-50 footers out there, so it was a tough day on those terms,” ​​Smith said. “I’m pleased about how it out and I battled, stayed in there and didn’t make any mistakes.”

Ryder Cup hopefuls Victor Perez and Bernd Wiesberger are both on five under after rounds of 68 and 70 respectively, while Andy Sullivan – the highest-ranked English player in action – moved into tied-34th after a third-round 67.

Watch the Cazoo Classic throughout the weekend live on Sky Sports. Live coverage continues Saturday from 11.30am on Sky Sports Golf.