Friendlies: Raul Jimenez back on scoresheet for Wolves | Football News 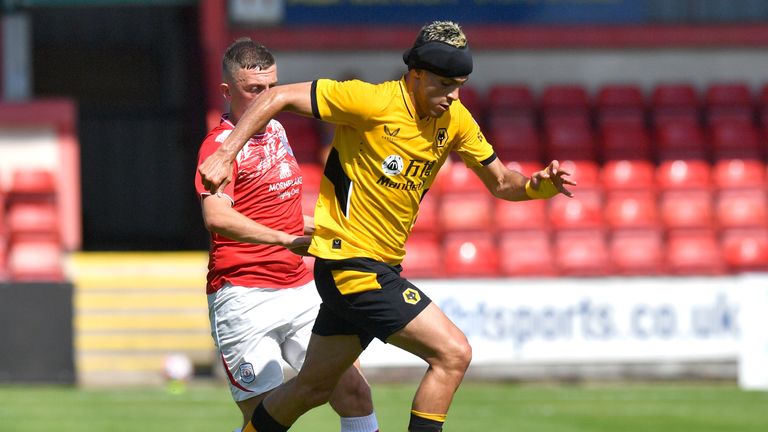 Raul Jimenez scored his first goal since suffering a skull fracture last November as Wolves drew 1-1 with Stoke in a pre-season friendly.

The Mexican striker has been out of action since sustaining the injury last year at Arsenal following a clash of heads with David Luiz, but Jimenez has been on the recovery trail and returned to full training under new Wolves boss Bruno Lage earlier this month.

And, wearing a protective head guard, he got back on the scoresheet at the Bet365 Stadium, calmly finding the back of the net to bring Wolves level after Nelson Semedo’s shot was saved by Josef Bursik.

The 30-year-old played 74 minutes and his goal canceled out Danny Batth’s first-half opener before the game finished 1-1.

Wins for Villa and Burnley; Leeds slip to defeat

Aston Villahandjob who have announced they reached an agreement with Bayer Leverkusen to sign Jamaica forward Leon Bailey, continued their pre-season preparations with a 3-0 victory at Bristol City.

Jaden Bidace opened the scoring for the Premier League side before Ezri Kona and Ollie Watkins rounded off the comfortable victory.

Burnley were forced to come from behind as two late goals from Ashley Barnes and Dwight McNeil handed Sean Dyche’s side a 2-1 victory against League Two side Tranmere.

Nathaniel Knight-Percival struck 12 minutes into the second half but Barnes’ header and McNeil’s superb late strike continued Burnley’s winning run in the pre-season.

Leeds faced Spanish side Real Betis in Loughborough and Marcelo Bielsa’s side were handed a 3-2 defeat despite goals from Patrick Bamford and Mateusz Klich.