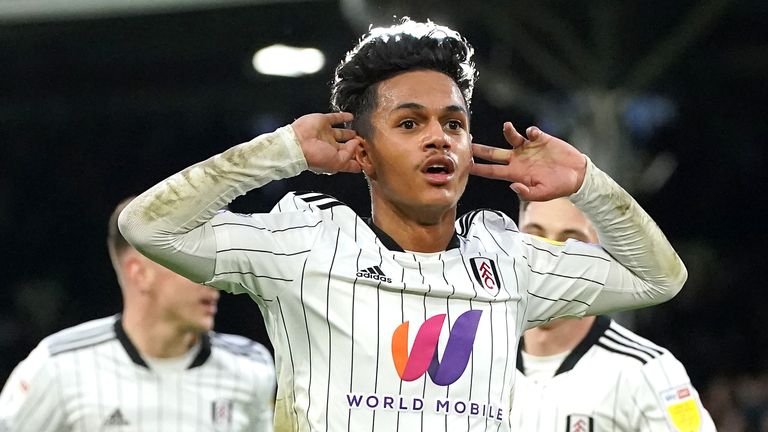 Aleksandar Mitrovic’s 21st goal of the season set Fulham on course for a 4-1 victory over Barnsley that moved Marco Silva’s side to the top of the Championship table.

Silva’s side eased their way to a seventh successive win with Fabio Carvalho and Neeskens Kebano on target before Harry Wilson wrapped up the win after substitute Victor Adeboyejo pulled one back for the struggling visitors.

The former Sweden Under-21s boss briefly saw his side take the game to Fulham, with Romal Palmer’s rising drive drawing a fine save from Marek Rodak.

But it was not long before the Cottagers began to hit their stride and they might have forced a 15th-minute lead had Mitrovic managed to connect with Kenny Tete’s nod down.

And Fulham’s aerial strength was again in evidence when Tim Ream met Tom Cairney’s cross to set up the chance for Michael Hector to drill a low shot against a post.

The momentum had shifted in Fulham’s favor and the breakthrough came in the 24th minute.

Tete – deputising for suspended right-back Denis Odoi – was again involved, delivering a telling cross from the right towards Mitrovic who proved too strong for Michal Helik as he outjumped the Barnsley centre-back and headed home.

The Tykes almost added to their own problems when Callum Styles’ misplaced back-pass forced keeper Bradley Collins to clear off the line.

But Collins had no chance of preventing Fulham doubling his lead in the 34th minute through Carvalho.

The 19-year-old burst inside from the left and while he benefited from a slice of luck after attempting to exchange passes with Mitrovic, there was no doubting the youngster’s finish.

Wilson might have added to the score before the break as Fulham became increasingly dominant.

And the pattern was maintained immediately after the interval when Cairney’s shot was deflected against the bar and Mitrovic forced a good save from Collins.

But Fulham had to wait for the 72nd minute for the third goal when Kebano volleyed home from Wilson’s cross.