Gillingham vs Lincoln: Police release man on bail after incident during League One match | Football News 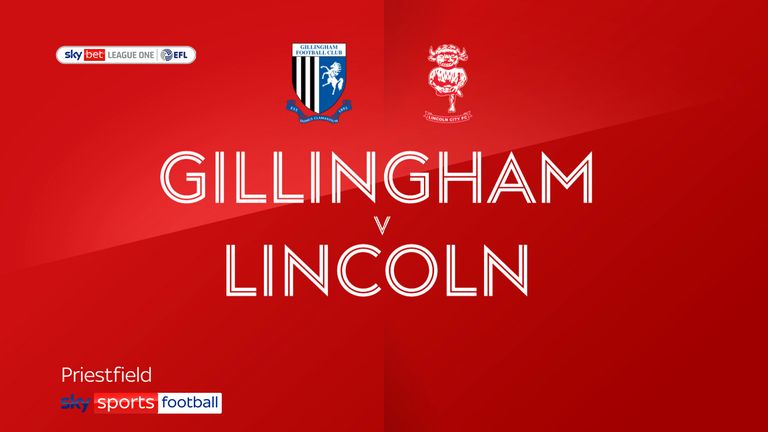 A man has been arrested and released on police bail in connection with an allegation of racially aggravated assault during the 1-1 draw between Gillingham and Lincoln at Priestfield Stadium.

A statement from the Kent Police force read: “A man arrested in connection with a racially aggravated assault at Priestfield Stadium has been released on police bail whilst enquiries continue.

Gillingham, who is also aware of an allegation of racism, are waiting to hear the findings of the investigation and will work with the relevant authorities if required.

There was a coming together between Lincoln’s players and Gillingham fans after the away side opened the scoring through Tayo Edun four minutes into the League One match on the opening day of the season.

The celebrations overflowed beyond the advertising hoardings near the Gillingham supporters, and two fans appeared to push members of the Lincoln team, while others also approached the players.

Gills battle back for a draw

Gillingham battled back from an early Tayo Edun goal to earn a share of the spoils in a 1-1 draw with Lincoln on the opening day of the League One season.

Edun put the visitors ahead after just four minutes at Priestfield but the Gills hit back on the stroke of half-time through Danny Lloyd to claim a point.

The hosts came close to equalizing just shy of the half-hour mark when Vadaine Oliver’s looping header hit the crossbar, before Josh Griffiths pulled off a smart save to deny Max Ehmer on the rebound.

They did eventually equalize just before half-time, however, as a fumble from Griffiths led to a goalmouth scramble with the ball eventually being bundled home by Lloyd.