Harry Kane says he never refused to train with Tottenham and will return to the club on Saturday “as planned”.

Kane did not show up for pre-season tests on Monday as expected by Spurs, instead remaining on holiday in the Bahamas before traveling to Florida amid transfer interest from Manchester City.

The England captain has been heavily criticized for his actions but broke his silence on Friday afternoon.

Kane tweeted: “It’s almost 10 years since I made my Spurs debut. For every one of those years, you – the fans – have shown me total support and love.

“That’s why it hurts to read some of the comments that have been made this week, questioning my professionalism.

“While I won’t go into the specifics of the situation, I want to clarify that I would never, and have never, refused to train. I will be returning to the club tomorrow (Saturday), as planned.

“I wouldn’t do anything to jeopardise the relationship I have with the fans who have given me such unwavering support during my time with the club. This has always been the case as it is today.” 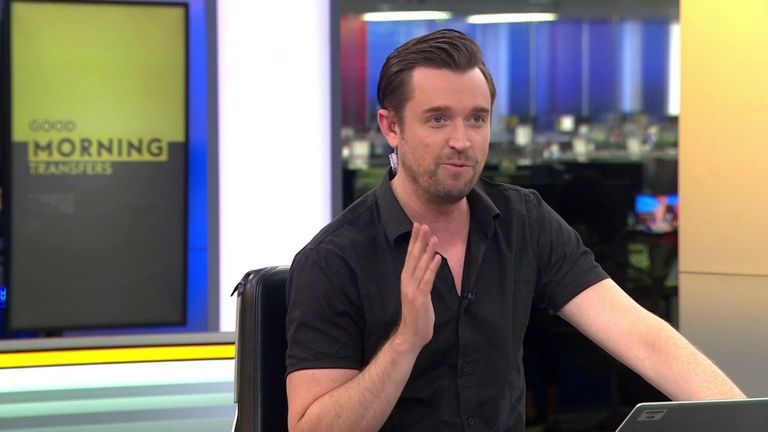 Speaking on Good Morning Transfers, Michael Bridge says any potential reunion between Guardiola and Lionel Messi at Manchester City would end their pursuit of Kane

Spurs boss Nuno Espirito Santo said earlier this week that he has not had a chance to speak with Kane over his future while Pep Guardiola said Tottenham will need to negotiate with Manchester City if they are able to sign the 28-year-old.

City made a £100m bid for the England captain in June and signed midfielder Jack Grealish from Aston Villa for a British record £100m on Thursday.

“He (Kane) is a player for Tottenham Hotspur and if Tottenham don’t want to negotiate, it is finished,” said Guardiola.

“I think Man City and many clubs in the world want to try to sign him, we are not an exception, but it depends on Tottenham.

“It is different to Jack. He had the release [clause] and Jack is different. Harry is exceptional and we are interested in him but if Tottenham don’t want to negotiate, nothing more to say.”