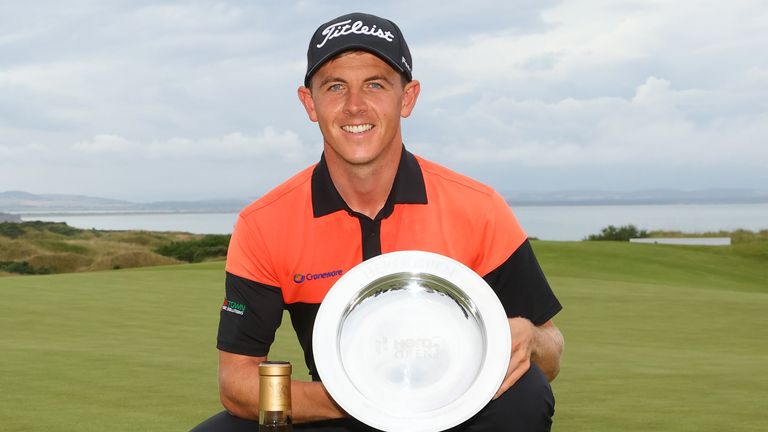 A birdie, birdie finish earns Grant Forrest his first European Tour victory in his 77th start after he pipped James Morrison to the Hero Open title in front of his home fans at Fairmont St Andrews.

Grant Forrest birdied the final two holes to snatch his maiden European Tour title in a tense finale to the Hero Open at Fairmont St Andrews.

James Morrison had threatened to disappoint the home fans when he reeled off five consecutive birdies on the back nine and added another at the last to cap a brilliant 63 and post the clubhouse lead on 23 under par.

But as Morrison headed to the range to keep loose, Forrest stiffed his approach to the 17th and hammered a bold second to the par-five 18th, his ball catching the left side of the green beyond the pin and settling in the rear fringe, 30 feet from the hole.

Forrest held his nerve to lag to a couple of feet and, despite taking an age over the putt for birdie and the win, Forrest steadied himself and found the back of the cup with a positive stroke to spark joyous scenes from his friends and family around the green.

“There are so many emotions,” said the Scot. “To do it in front of everyone who has come up to support me … the last year and a half has been a real challenge on and off the course so I’m just delighted.

“We’ve been through quite a lot as a family and to do it here, it’s what I’ve always dreamed of to win on the European Tour. I think there’s a big party at the in-laws tonight.

“I saw the scoreboard and I knew what I needed to do. Our big thing all day was one shot at a time, let’s just keep hitting shots and I hit a great nine-iron into 17 nice and close, and that really helps, and then two great shots into 18 – it was a great way to finish.”

Forrest’s superb finish completed a 66 for a winning score of 24 under, with English veteran Morrison settling for his first runner-up finish on the European Tour since 2015.

Calum Hill had started the final round tied for the lead with Forrest, and it was Hill that installed himself as the early favorite when he birdied the third and fifth before holing from just inside 20 feet for an eagle at the sixth.

But Hill turned a great birdie chance into a three-putt bogey on the ninth green and compounded the error when his wayward approach to the 10th found a thick bush and forced him to take a penalty drop for an unplayable lie. 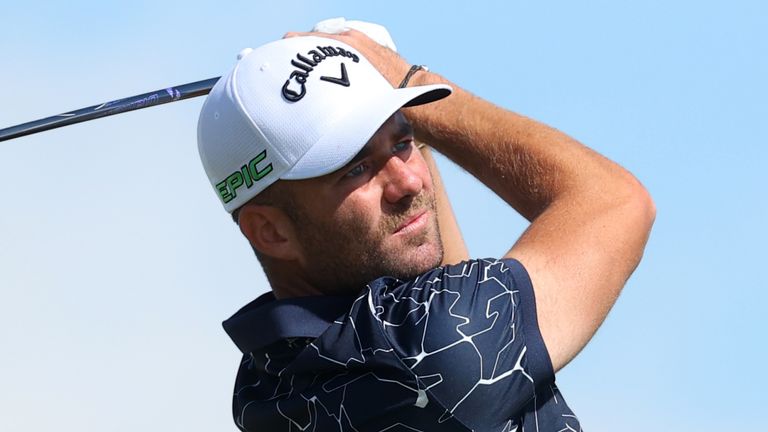 Toby Tree couldn’t buy a putt for 10 holes in his final round at the Hero Open, so he took the putter out of play with a superb hole-in-one at the 11th.

Toby Tree couldn’t buy a putt for 10 holes in his final round at the Hero Open, so he took the putter out of play with a superb hole-in-one at the 11th.

The mistake led to a double-bogey six and, despite a birdie at the 12th, Hill was unable to haul himself back into contention as a 70 left him tied for fourth with another Scot, David Law, on 20 under par.

Challenge Tour star Santiago Tarrio birdied two of the final three holes to return a 68 and pip Hill and Law to the final place on the podium.