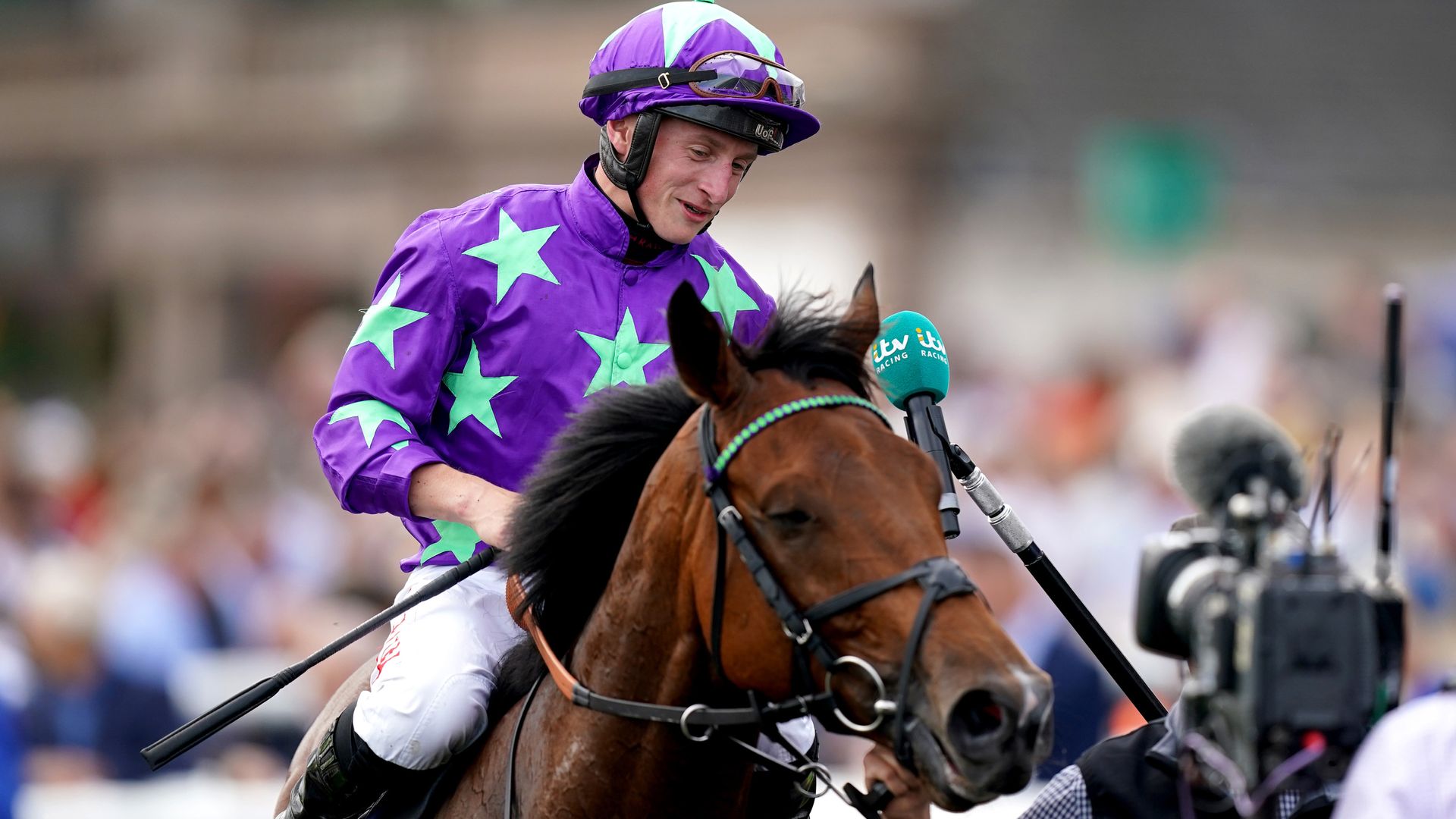 Hurricane Ivor earned a step up in class when carrying top weight to victory in the Portland Handicap at Doncaster.

A smart prospect in France as a juvenile, he had lost his way slightly before joining William Haggas this season.

Connections thought they had lost – then won – at Sandown on his second start in England, only for a dead-heat to be called after photo-finish confusion and he went on to be second at Ascot in July.

He was a close third at York last time out but overnight rain seemed to be in his favor as, despite having only one behind him with two furlongs to run, he stormed home under Tom Marquand to beat Boundless Power by half a length.

Haggas’ wife, Maureen, said: “He’s a charming horse, he’s a lovely horse to have around and he’s done nothing but improve all year.

“That was a good performance today off top weight. The trip seemed to suit really well and he likes a bit of dig in the ground.

“I don’t think he’ll go to Ayr next week (for the Ayr Gold Cup), his penalty probably puts him out of it and William said we might look at black-type races now.”

Hollie Doyle came from last to first in the opening Vertem Nursery Handicap on Desert Angel.

Previously a five-race maiden, trainer Richard Hannon had reached for the blinkers for the first time and the headgear clearly worked the oracle.

Non-runners reduced the field to four, with Roger Charlton’s La Pulga attempting to make all and he had seen off the others before Doyle pounced late on the 15-2 outsider of four.

“He’s always had a lot of ability of this horse, but he’s had a lot more ability than he’s been showing us,” sad Hannon.

“I wanted to have him cut (gelded) but we gave him one more chance with the blinkers first time and he’s won pretty well, which doesn’t surprise me as he’s always had the ability.

“We’ll see what the handicapper does, he is improving and he clearly likes the softer ground. There might be something at Newmarket for him.”