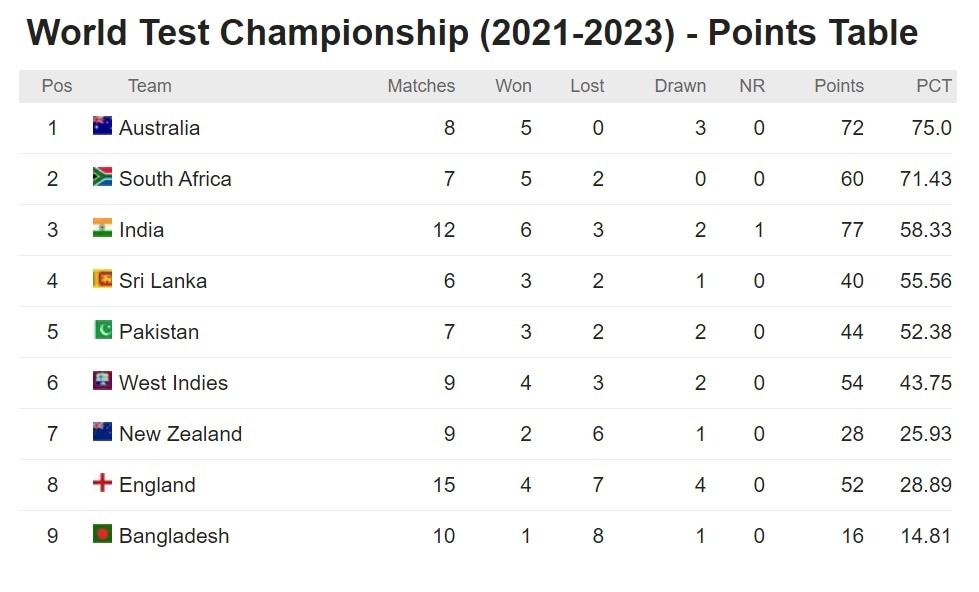 WTC Points Table: The last and decisive match of the five-Test series is to be played between India and England from July 1 in Edgbaston. This test was canceled in the year 2021 due to Corona virus. Currently, Team India is leading 2-1 in the series. This match is also very important in terms of the World Test Championship. At the same time, even after winning this test, India will have to win more matches to reach the final.

India at third position now
Currently, India is at the third position in the ICC World Test Championship points table with 77 points and 58.33 percentage points. On the other hand, if India wins the series after beating England in the last Test, then India will get its advantage in the rankings.

Number 1 can become like this
In the ICC World Test Championship points table, Australia is at number one and South Africa is at number two. Even if the last match between India and England is drawn, Team India will win the series 2-1. Also, with the India tour of Bangladesh and Australia in 2022, the chances of Team India occupying the No. 1 position will increase. This will be the chance when Team India can become No. 1 by overtaking Australia.

Team India at Edgbaston: Team India’s victory account is not yet open in Edgbaston

India Tour of England 2022: Know when, where and how you can watch the last Test match, read the probable playing 11 of both the teams