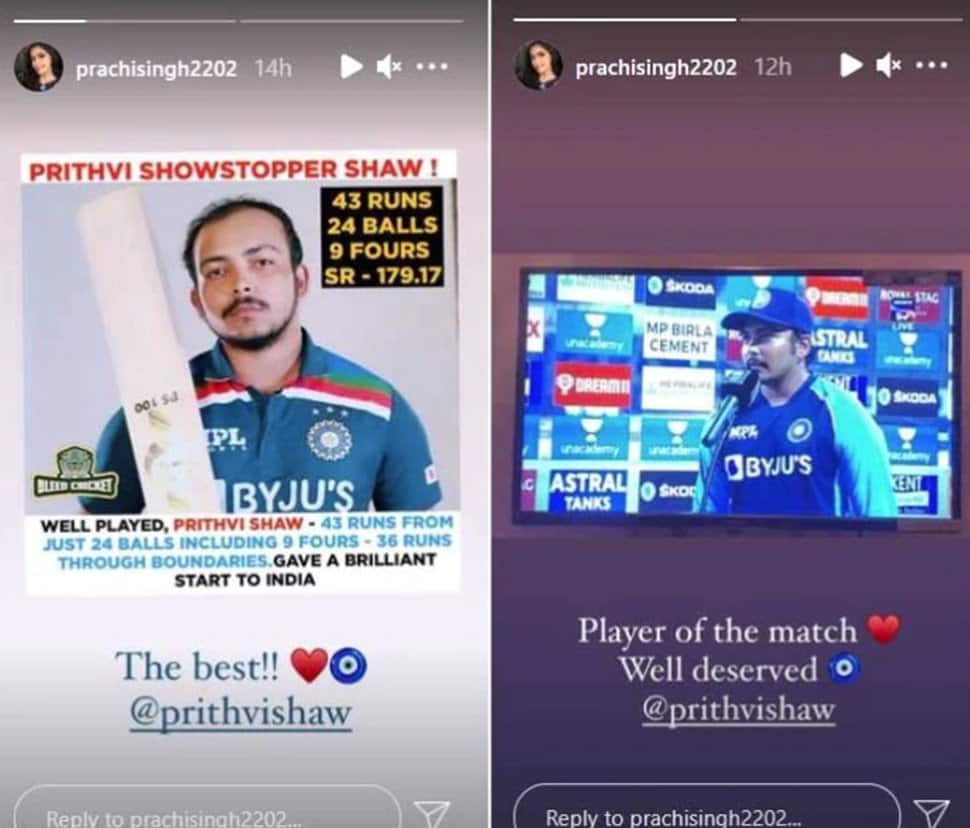 Prithvi Shaw was in fine touch in the series opener between India and Sri Lanka in Colombo on Sunday as the Men In Blue thrashed the hosts by seven wickets. Chasing a modest target of 263, Shaw provided India with a perfect start and gathered 43 runs in just just 24 deliveries, which included nine boundaries.

Shaw along with stand-in skipper Shikhar Dhawan added 58 runs for the first wicket, before Dhananjaya de Silva provided the hosts with the first breakthrough.

Prachi took to Instagram and shared a story praising her rumored beau. The first image of the story had Shaw’s stats from the match, where she wrote, “The best”. The second image was of the batsman from the post-match presentation ceremony, in which she wrote: “Well Deserved”. Shaw was named player of the match for his remarkable display on the pitch.

“It’s fine now (about the blow to the helmet). Rahul sir didn’t say anything, I just went with my instinct and waited for the loose balls. Obviously wanted to keep the scoreboard ticking and yeah. Pitch was very nice. The first innings was also good but I think it got better in the second innings. Enjoy pace. Maybe after being hit on the head, I lost a bit of focus,” said at the presentation.