Is Cassius Chaney the US heavyweight dangerman to watch? ‘I’m the sneaky guy, I’m under the radar’ | Boxing News 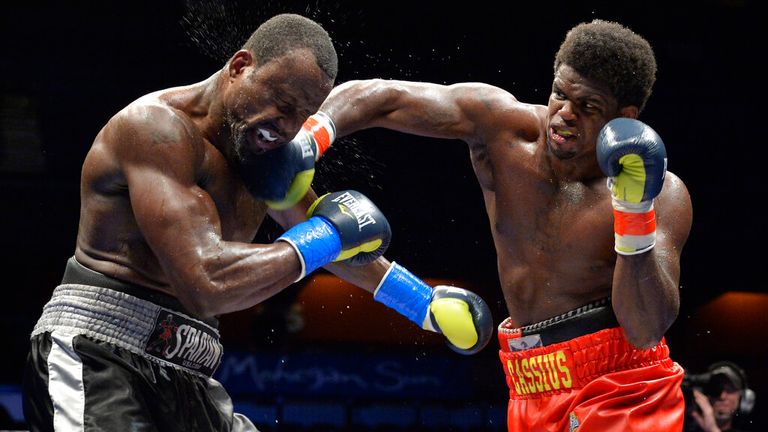 Cassius Chaney is chasing a big-name heavyweight opponent to establish himself as “a breakout guy”.

The prospect from Baltimore, who was named after Muhammad Ali’s birth name, extended his record to a 21st unbeaten fight on Saturday night against Shawndell Winters.

Chaney is not yet ranked by any governing body but believes targeting a rival with a good reputation could turn him into America’s most threatening contender.

“I’m the sneaky guy,” he told Sky Sports. “I’m under the radar. I don’t do too much talking.

“I’m still figuring out the sweet science, and what works for me. I’m learning on the job. I had only 27 amateur fights in three years.

“A lot of my experiences come from sparring Tyson Fury, Hughie Fury, Bryant Jennings, Luis Ortiz, Carlos Negron, Otto Wallin. I have been around good fighters.

“A proper step-up opponent would make me a breakout guy.

“George Arias is 16-0, Jermaine Franklin is 20-0. With a proper guy, people would see that I belong with the big names.”

The unbeaten heavyweight insisted: “I’ve got up from the canvas and won. I think that has credibility.

“Fury got dropped by Steve Cunningham early in his career but he kept fighting. That shows, that if he gets up, it might be a hard fight.

“Me getting up to win? I really won those fights, I didn’t get a gift handed to me. It holds some weight.

“In two fights I’ll be where I need to be.

“There are guys out there that would boost me. Michael Coffie was one of them – he was calling me out before he lost.”

Chaney was briefly linked as a US-based opponent for Dillian Whyte but said: “I thought that was really cool. But I doubt it was serious.”

Chaney said about going the distance with Winters in his most recent win: “I felt off. I felt sluggish. But I was told: ‘Some days you will wake up and not feel good but you’ve got to stay with it’.

“I really wanted to make a statement. But if blasted him out of there, I wouldn’t have known that I could do 10 rounds.

“He came to win. He has upset undefeated guys. But I beat him in almost every round.”