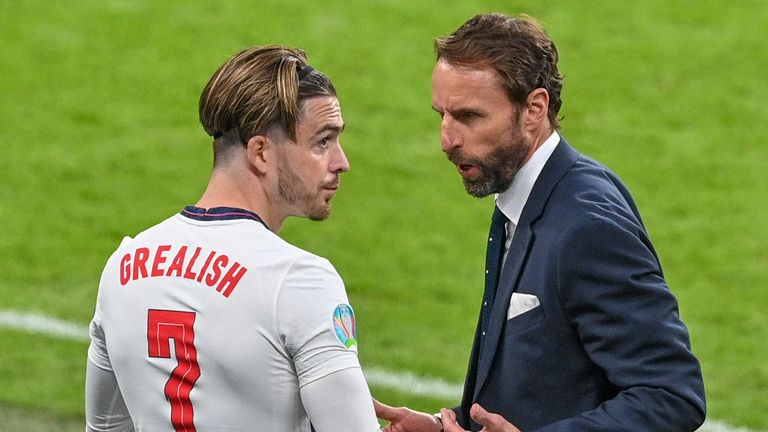 Jack Grealish has returned to training with Aston Villa after a £100m bid from Manchester City.

Grealish, who was given an extended break after playing for England at Euro 2020, was seen back in training with his Villa team-mates on Monday.

The 26-year-old appeared to be in good spirits as he took part in some stretching exercises.

City are keen to sign Grealish this summer and Sky Sports News expects their £100m offer – submitted on Friday – to be accepted by Villa.

Villa are yet to formally respond to City’s offer, but it is understood they are willing to let Grealish leave for the Premier League champions.

Grealish will now have to decide whether he wants to depart his boyhood club in a move that would represent the biggest transfer in English football history.

The previous record is held by Paul Pogba, who re-joined Manchester United for £93.25m from Juventus in 2016.

“That tantalizing possibility of what Grealish could do at the top end of the Premier League or in the Champions League is clearly a question being pondered at Manchester City. The great Pep Guardiola attracted by the potential of greatness from Grealish.

“But those deep Villa roots mean Grealish won’t be easy to price away from his hometown club. His iconic status there would be enhanced if he stayed on. It’s a pivotal moment in his career and, just like during the Euros, there is real intrigue with what he does next.”