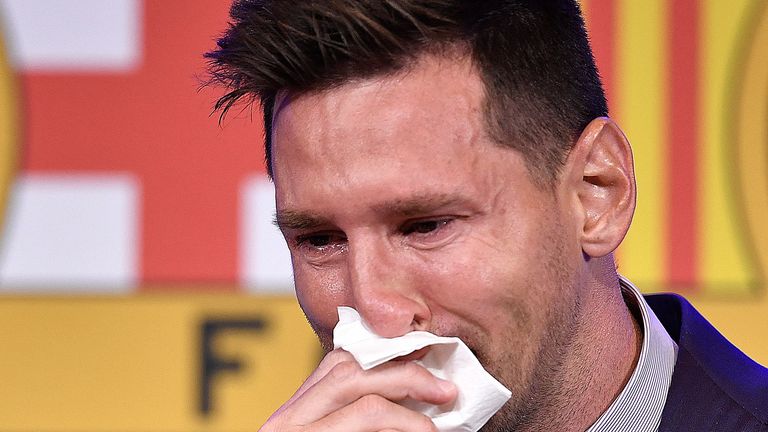 Jack Grealish says leaving Aston Villa to join Manchester City brought him to tears and made him feel “exactly” the same way as Lionel Messi did about departing Barcelona.

The 25-year-old midfielder joined City last week for £100m in the biggest deal in English football history, leaving the club where he had spent his entire career.

Grealish’s move was followed by confirmation that Messi, who has spent his whole career at Barcelona, ​​would be leaving the La Liga side as they were unable to fulfill a new contract that had been agreed with the player due to “financial and structural obstacles”.

A tearful Messi says he did not want to leave Barcelona and added that, while a move to Paris Saint-Germain is possible, nothing is confirmed yet

“It was so tough. I think everyone knows that,” said Grealish, who could make his City Premier League debut when they face Tottenham in Sunday’s season opener, live on Sky Sports.

“I reported back for the pre-season as I was meant to. That’s when the manager wanted me back so I obviously went back for a few days. It was obviously difficult because in the back of my head, I knew that I might be going.

“Everyone’s seen the way Messi was at his final press conference and that is the exact way I felt myself.

“Before I left, at the hotel, I spoke to the team, the staff and the players and I teared up a little bit myself.” 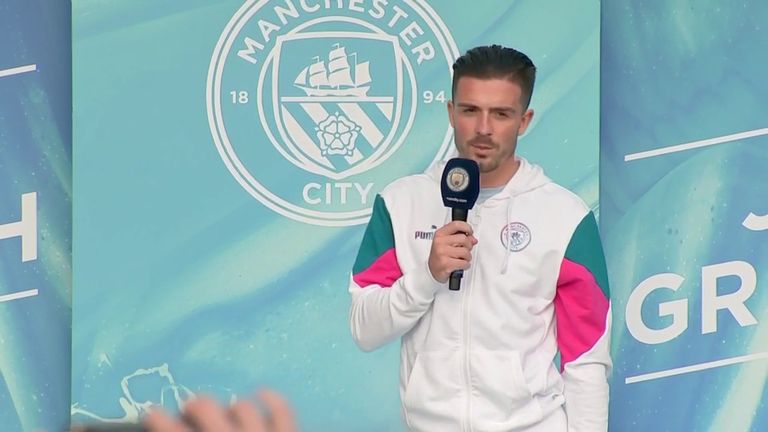 Grealish joined City on a six-year deal after the Premier League champions activated the £100m release clause in his Villa contract.

The transfer fee broke the previous record in English football held by Paul Pogba when he re-joined Manchester United for £93.25m from Juventus in 2016.

“It doesn’t put any pressure on me whatsoever,” Grealish said. “I take that as a compliment. I actually like it, I think it’s a good tag to have. 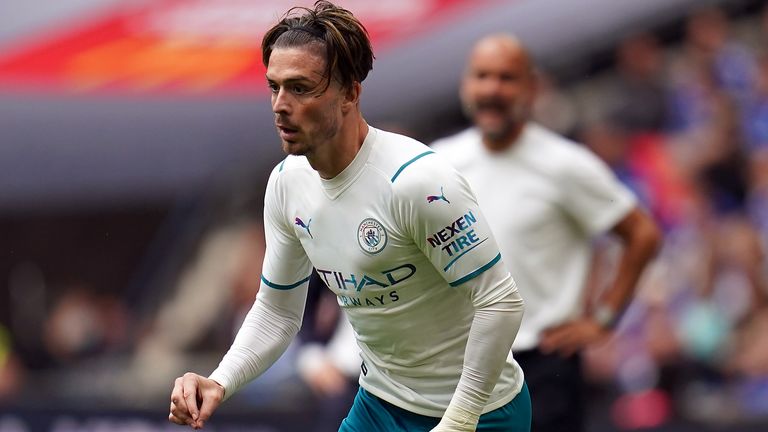 “I think when you see a football club paying that sort of money for a player, it means they trust you and value you highly and see so much potential there to work with. I just see it as a good thing and I hope now that I can repay this whole football club by winning as many titles as possible.”

Grealish, who was captain at Villa and left the club having scored 32 goals in 213 appearances, made debut for Pep Guardiola’s side in Saturday’s Community Shield loss to Leicester at Wembley.

Unlike at Villa, Grealish will face intense competition for a starting place at City, but he is confident he can provide different qualities to the likes of Raheem Sterling, Riyad Mahrez and Phil Foden.

“I think I’m different to every player in this squad,” Grealish said. “You have people… Raheem, a winger who likes to run in behind – you have Riyad, who’s just an out and out dribbler – Phil, who has a bit of everything.

Grealish established himself as a fans’ favorite as England reached the final of Euro 2020 earlier this summer, but despite his popularity with supporters, he started just one – and featured in five – of England’s seven games at the tournament.

With competition for places in the national squad likely to remain fierce as the 2022 World Cup approaches, Grealish says impressing England boss Gareth Southgate by proving himself at the highest level in club football was a key factor behind the move.

“I could name you like six or seven reasons why I ended up coming here,” Grealish said. “There was quite a few in the end.

“But also obviously the World Cup, we have so much talent at the national team now – people that didn’t even go to the Euros.

“I feel like if I’m performing for Man City week in week out and playing in the Champions League in Europe and performing the way I know I can, I feel like it could set me up to have a brilliant future with the national team and try to start in these games at the World Cup and in the qualifiers.”