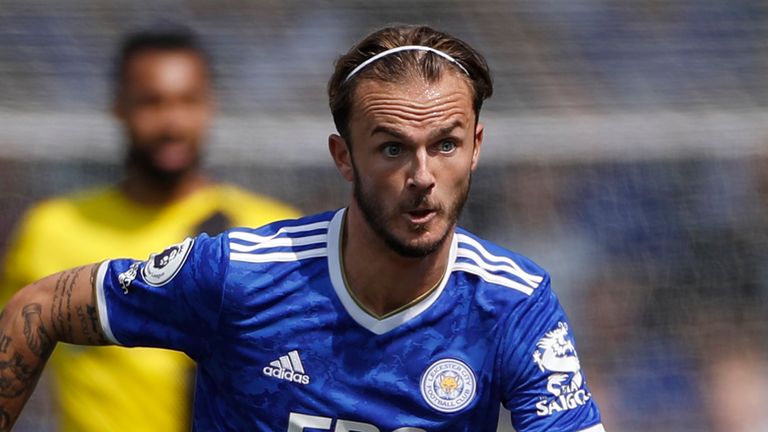 Maddison is understood to be “open to the idea” of joining Arsenal, despite Leicester having finished above the Gunners for the last two Premier League seasons.

There remains doubt as to whether Arsenal can raise the £70m fee that Leicester would demand for the 24-year-old, with the club having already spent £50m on signing defender Ben White from Brighton.

Maddison’s contract still has three years to run and Leicester are under no pressure to raise funds this summer, with manager Brendan Rodgers having previously stated the club “don’t need to sell”.

The midfielder has scored 27 goals in 118 appearances since joining Leicester from Norwich in 2018 for a fee in the region of £20m.

Arsenal are also “keeping an eye” on Martin Odegaard’s situation at Real Madrid.

The Norway midfielder spent the second half of last season on loan at the Emirates but has since returned to Real to fight for his first-team place.

Odegaard appeared to rule out a return to Arsenal in an Instagram post earlier this month, but there are growing reports in Spain suggesting Real could allow him to leave with his contract due to expire in 2023.

If Real were to make Odegaard available this summer, he would cost significantly less than Maddison.