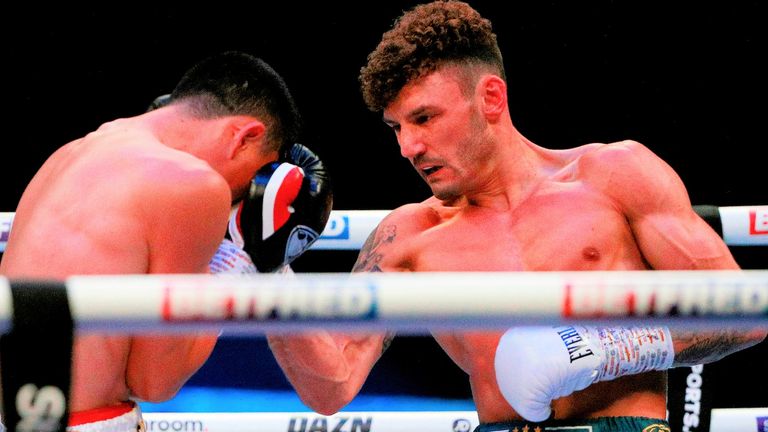 Leigh Wood sensationally stopped Xu Can in the 12th round to become the new WBA featherweight champion.

The Nottingham man sent Can crashing to the canvas with a big right hand and then completed a stunning victory over his Chinese opponent to become Britain’s newest world champion.

In the early rounds, Wood took the center of the ring, countering Can with a stiff jab and crisp right hands.

Blood dripped from the nose of Can after he was caught by a jolting uppercut in the sixth, while Wood unloaded a crunching combination in the eighth.

Into the closing rounds, Wood forced Can onto the back foot with hurtful shots to head and body.

A right hand toppled Can to the canvas in the 12th, and Wood followed up with a ferocious attack to force the intervention of referee Marcus McDonnell.

On the undercard, Chris Billam-Smith edged out Tommy McCarthy on a split decision to claim the European, British and Commonwealth cruiserweight titles.

Billam-Smith fought with more urgency after the halfway stage, troubling McCarthy with a left hook in the eighth, and both men traded fierce shots at close quarters in the 12th.

Earlier in the evening, Campbell Hatton completed a shutout points verdict over Jakub Laskowski to bring up his third professional victory.

The 20-year-old, son of former world champion Ricky Hatton, troubled his Polish opponent with relentless pressure to earn a 40-36 verdict after four rounds.