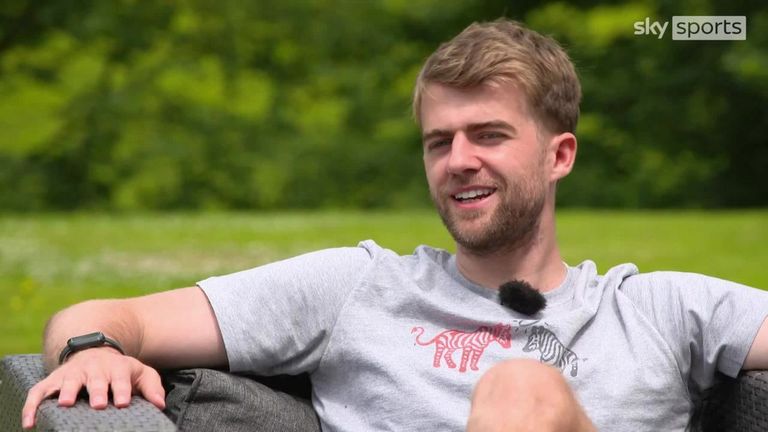 Sky Sports’ new podcast series Playing for the Planet talks to names from Patrick Bamford to Gary Neville to find out how looking out for the planet drives them in sport.

To tie in with the launch this week of Sky0’s The latest campaign, Sky Sports presenter David Garrido has spent his summer recording a brand new podcast series called Playing for the Planet. It seeks to get the viewpoint of footballers and teams driven by climate action and sustainability, explore their own unique perspectives on the subject, and see what lessons can be learned from them.

Over the next week, six episodes will be released featuring a host of familiar names from the world of sport, giving their insight into what protecting the planet means for them alongside their roles as sportsmen and women.

The series starts with Leeds United striker Patrick Bamford, who recently celebrated his new contract and first England call-up with an equalizing goal against Burnley, after which he did his “Bolt for Planet” celebration. This is his call to action to get everyone interested in caring about the environment.

AS Roma centre-back Chris Smalling is alongside Arsenal defender Jen Beattie for episode two, where veganism is in sharp focus. Both explain how they went totally plant-based, the benefits and the challenges, but also talk about other areas of interest in sustainability, such as investment and clothing.

That subject is then taken on further in episode three by former Chelsea and Tottenham keeper Carlo Cudicini, whose Footballers4Change organization aims to make prized kit and boots from famous footballers last longer and therefore avoid so much of it going to landfill, and their partners’ and families’ clothing too. Cudicini takes us through some of those sought-after items, from World Cup winners to national team managers.

Patrick Bamford says every single person can make their own contribution to climate action, and it doesn’t have to be expensive.

In episode four, we talk to two players based at PSG and Juventus respectively about how they’ve suffered and what they’ve witnessed in terms of climate change and its impact on football. Arianna Criscione and Sofie Junge Pedersen also offer ways in which the staging of tournaments could change in the future, and what their clubs signing up to the UN Sports for Climate Action framework actually means as a pledge.

The series then moves from European heavyweights to League Two’s Forest Green Rovers. The West Country side are quite simply best in class when it comes to reducing their own carbon footprint and engaging their fans to do the same, earning them the title of “greenest football club in the world”. chairman Dale Vince and head coach Rob Edwards are David’s guests, with both at different points along their sustainability journey.

Finally, Sky Sports pundit Gary Neville and head of football Gary Hughes tell us about the upcoming “Game Zero”, as Sky stages the first-ever elite net zero carbon football match, Tottenham vs Chelsea, on Sunday, September 19. They discuss how the game will be delivered by balancing the carbon emissions and emissions removed from the atmosphere, and why Sky feels it’s important that we take on this project.