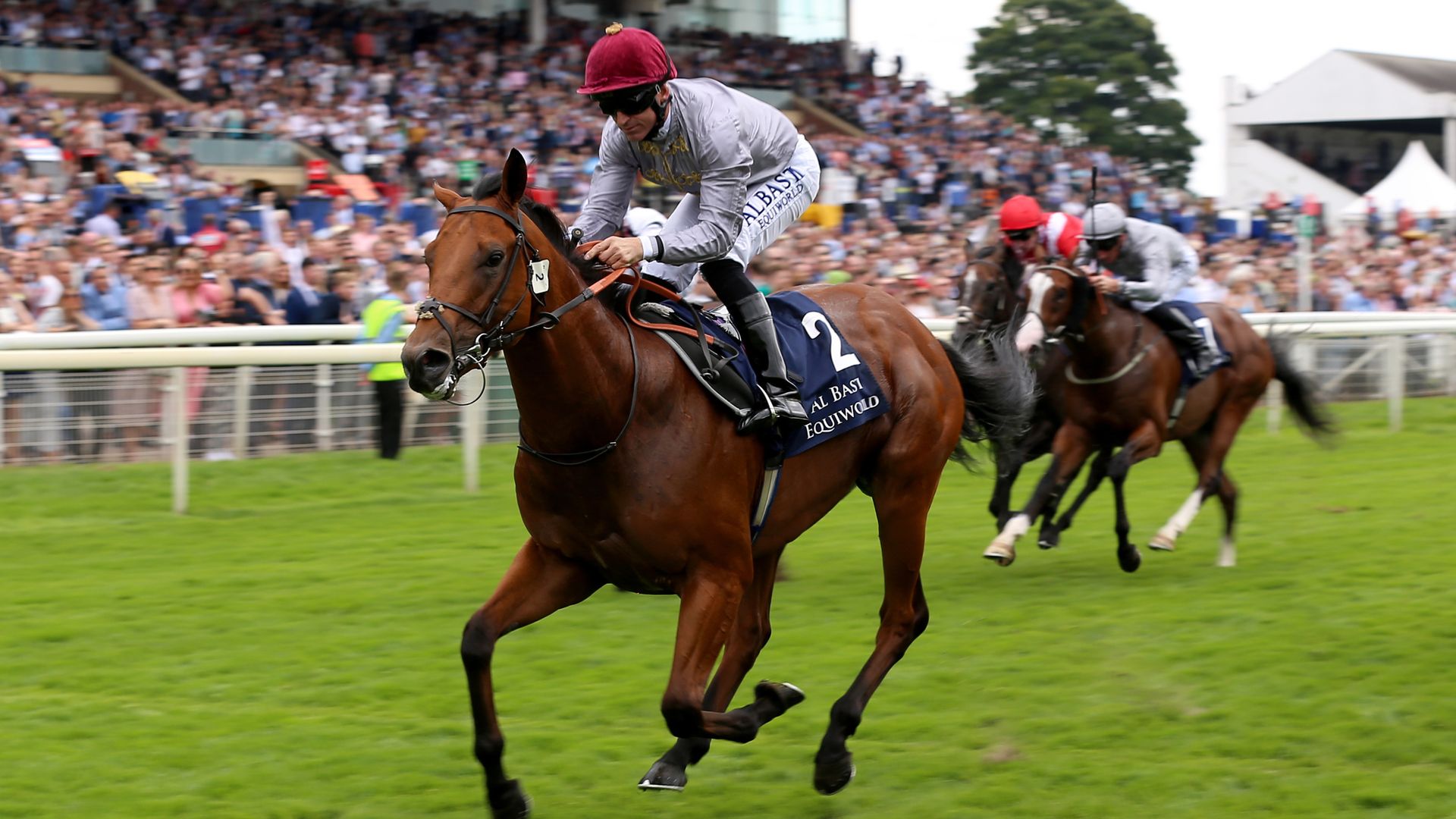 Lusail drew clear in the closing stages to land a convincing success in the Al Basti Equiworld Dubai Gimcrack Stakes at York.

A 3lb penalty for his victory in the July Stakes on his previous start failed to stop the Richard Hannon-trained colt from chalking up a second Group Two win.

Pat Dobbs had Lusail (7-2) tucked away off the pace as Last Crusader made the early running, with Gis A Sub always prominent, while the 3-1 favorite Berkshire Shadow compromised his chance by being slowly away.

Up front, Lusail burst through to score by a length and a quarter from Gis A Sub, with Irish raider Twilight Jet three-quarters of a length away in third.

Hannon said: “He’s very uncomplicated. I bought him here for his maiden, I didn’t fancy him, that’s probably a bit shambolic (as he won) but he’s a horse that hides away and doesn’t show loads.

“I’m delighted with that. He’s won with a penalty and that’s a pretty tough target to put on a two-year-old, but he’s one of our two-year-olds that I think will be one for next year.

“He gets seven furlongs and I see him as a (2000) Guineas horse. We’ll put him in the Dewhurst and all those races. They are all on the table now and we can look forward to them.”