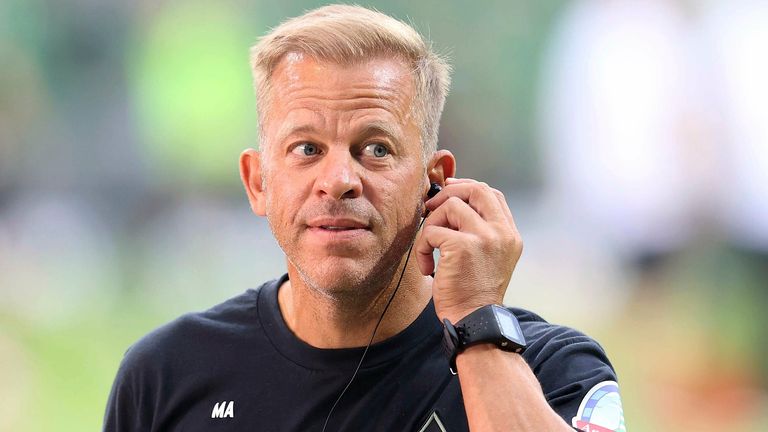 Markus Anfang has stepped down as Werder Bremen head coach amid an investigation by German authorities into his alleged use of forged Covid-19 vaccination documentation.

The German second division side said that Anfang had on Thursday denied using a fake vaccination certificate, but on Saturday morning announced that he and assistant coach Florian Junge had left their roles with immediate effect.

A club statement said: “The reason for the decision is the public prosecutors’ investigations into the two coaches and the ensuing unrest surrounding the club.”

Anfang insisted in a statement released on Friday by the club that he had been vaccinated twice at an official vaccination center and said that he hoped the issue was “cleared up quickly”.

The 47-year-old, who only took over at the club in June following their relegation from the Bundesliga, suggested on Saturday that it had been his choice to resign.

“Because of the extreme stress caused to the club, the team, my family and myself, I have decided to immediately step down from my role as head coach of Werder Bremen,” Anfang said.

“I requested that the club management dissolve my contract, a request they have granted. I wish Werder all the success in the world both for today’s game against Schalke and for the future.”

The club said Werder assistant coach Danjiel Zenkovic will take charge of Saturday’s fixture against Schalke, with the team sitting eighth in the table 13 games into the season.

“With this step, Markus and Florian have taken responsibility and aim to end the unrest that has surrounded the club in the last days,” Werder sporting director Frank Baumann said.

“We respect their decision and will now begin the search for a new head coach.”

The vaccination of players and team staff has been an issue for months in German football. Bayern Munich midfielder Joshua Kimmich is the most high-profile player to refuse inoculation, citing concerns over the long-term effects of the vaccine.