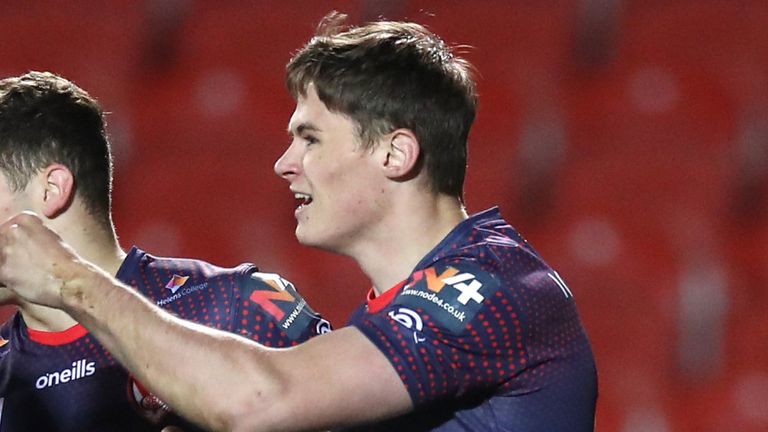 Welsby scored a treble when the two teams met in round eight and the 20-year-old, who started on the wing, matched that feat in a comfortable display by Kristian Woolf’s side.

The Saints were playing in their first match since winning the Betfred Challenge Cup last month due to coronavirus-related issues as Hull struggled to match their physicality in what was their second home game in four days.

The visitors ran in seven tries as Joel Thompson, Tommy Makinson, Kyle Amor and Kevin Naiqama also crossed as they became the first cup holders to taste victory in their first match after winning at Wembley since Warrington in 2012 – albeit after a two-week lay -off.

Next up for Saints on Saturday afternoon is the visit of Catalans to the Totally Wicked Stadium, with an eight-point gap between the two teams at the top of the table.

For Hull, who scored through Adam Swift and Bureta Faraimo, it was a third straight league defeat ahead of a difficult schedule which features Catalans, third-placed Warrington, and the improving Hull KR in their next three games.

Saints, who only had Regan Grace and Theo Phases missing from a virtually fully-fit squad, started brightly to open the scoring in the fifth minute.

The evergreen James Roby attacked the ruck before playing a precise grubber kick, which Thompson was quickest to touch down.

Welsby bundled Faraimo into touch with Hull in a promising position before Saints grabbed their second try when a neat offload from Naiqama found Makinson to power over the whitewash.

Lachlan Coote missed the touchline conversion but he kicked his first goal with a simple penalty to stretch the advantage to 10-0.

Hull could not put a dent in the Saints’ defense but did not help their own as the visitors crossed for a scrappy third score.

A Lewis Dodd grubber kick caused chaos as a Hull defender failed to gather the ball before Coote flicked possession back to Welsby to dive over.

Former St Helens winger Swift was held up over the line for the hosts, while Naiqama saw a try disallowed for obstruction before Hull finally got on the scoreboard just before the break.

A high Marc Sneyd kick was dropped by Coote, with Swift picking up the loose ball to cut the half-time deficit to 16-4.

The Saints looked to add to their lead but it was Hull who hit back in the 47th minute when Reynolds’ kick found Faraimo in the right corner, which Sneyd converted for a six-point game.

Reynolds and Faraimo almost combined once again in the right corner following a brilliant break from Chris Satae but the winger was inches away from touching down the kick through.

Coote, after missing one from similar range, kicked St Helens’ first points of the second half to extend his lead to 18-10 after Jordan Johnstone was sin-binned for a shoulder charge.

And the visitors took advantage of the extra man when another Roby kick was pounced on by prop Amor, who marked his 200th appearance for the club with a try.

Saints grabbed their fifth score of the night after another short kick proved to be Hull’s undoing as Coote’s neat grubber was touched down by Naiqama.

The Black and Whites finished the match with 12 men when Ligi Sao was shown a yellow card for a high tackle with eight minutes remaining before Welsby wrapped up the scoring with two late tries to complete his hat-trick.