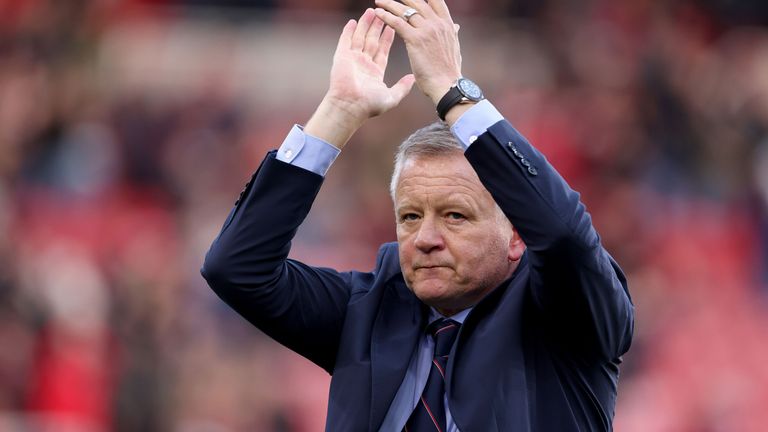 Chris Wilder’s first game in charge of Middlesbrough ended in a 1-1 draw with Millwall at the Riverside Stadium.

Matt Crooks fired Boro ahead before Sol Bamba’s own goal secured a point for the Lions.

Wilder almost got off to the perfect start as Boro manager when Duncan Watmore was released through on goal 12 seconds into the game only to see his effort saved low by Bartosz Bialkowski.

Boro was pinning Millwall back in his own defensive third and it did not take much longer for Wilder to see his first goal in the Boro dugout.

Watmore received the ball on the left-hand side and drove into the box putting Scott Malone on his backside in the process.

A fizzed ball deflected up into the air and fell kindly to Crooks at the back post who was on hand to nod home to give Boro the lead and send the Teesside crowd into raptures.

Millwall rallied himself and tried taking the game back to Boro.

Paddy McNair felt the brunt of a heavy aerial challenge, receiving a cut to the eye, before Boro conceded in controversial fashion.

Mason Bennett palmed off McNair, who fell to the floor clutching his face, and drove into the box. His cutback found Benik Afobe whose loose touch allowed Lee Peltier to slide in and block but the ball rebounded back off the shins of Bamba, wrong-footing Luke Daniels and rolling into the net.

Boro’s players protested against the initial incident with McNair but referee Oliver Langford waved away the claims.

The Lions almost roared into the lead three minutes into the second half when Jed Wallace made ground in the Boro half, teed up Afobe who had an effort deflected over by a Bamba slide tackle.

Marcus Tavernier gave Millwall something to think about in that time with a bending effort that Bialkowski tipped over the bar before Boro’s number eight almost turned provider with a teasing cross that Jake Cooper was forced to hook over his own bar.

Gary Rowett’s Millwall withdrew attacking players from the field of play in an attempt to see the game out with Wilder’s side throwing everything they had at the Lions.

In the 89th minute, Boro had a glorious chance when a series of back and forth headers saw the ball fall kindly to Crooks in the box but after watching it drop, he lashed his volley high and wide.