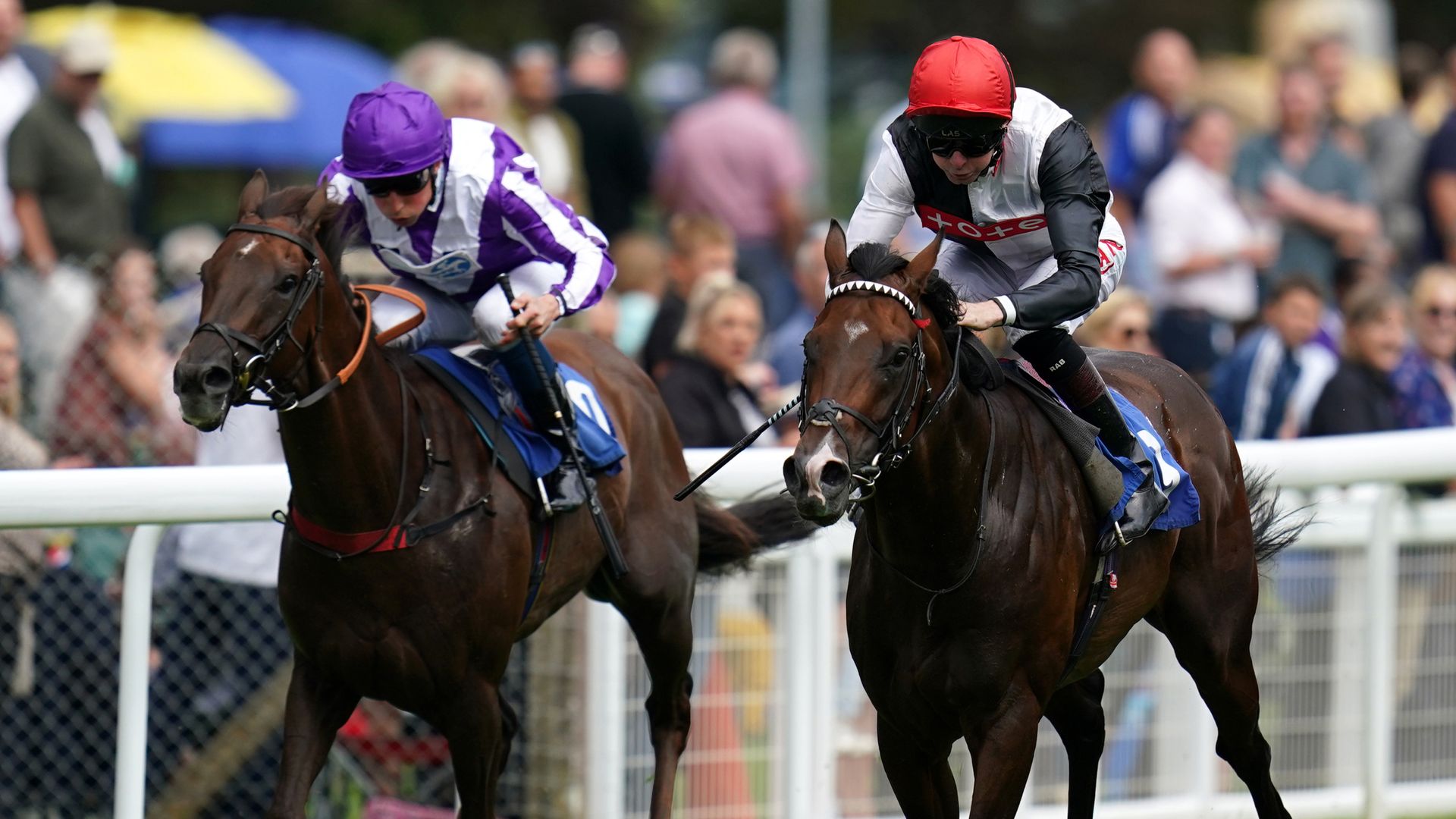 Megallan consigned a disappointing run in the French Derby to the history books with a battling victory in the D & N Construction Sovereign Stakes at Salisbury.

John and Thady Gosden’s colt ran an excellent race to fill the runner-up spot behind Hurricane Lane in the Dante Stakes at York in May.

But while the Charlie Appleby-trained winner went on to finish third in the Derby at Epsom before winning the Irish Derby and the Grand Prix de Paris, Megallan trailed home well beaten in the Prix du Jockey Club at Chantilly.

Having been given plenty of time to get over his exertions across the Channel, the son of Kingman was the 7-4 favorite as he dropped in distance and class for the feature event of the year at the Wiltshire track.

Ridden by Robert Havlin, Megallan traveled strongly for much of the Group Three contest and dug deep when pressed in the final furlong to see off the admirable Sir Busker by a length.

Perotto and Solid Stone were not far behind in third and fourth respectively.

Thady Gosden said of the winner: “We’re delighted. He obviously did well, dropping to a mile at Salisbury, and enjoyed the ground.

“He ran a great race in the Dante. He looked like the winner at one stage and was obviously beaten by a very good horse.

“We took him to the French Derby and with all the changes after Brexit, it’s a bit more of a journey over and it’s much tougher on them, so he didn’t necessarily run his race there.

“It’s great to see him back to himself today and winning a Sovereign Stakes.

“He showed he has the speed for a mile, but he also stays a mile and a quarter, so we’ll see where we go from here.”