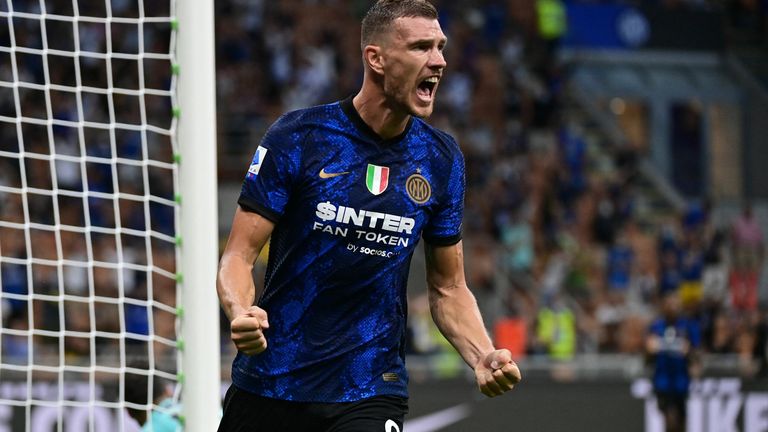 Memphis Depay scored his first goal for Barcelona to salvage a 1-1 draw away to Athletic Bilbao, while defender Eric Garcia was shown a straight red card in added time for a last-ditch foul.

Athletic defender Inigo Martinez had given the hosts a deserved lead in the 50th minute by heading home from a corner after his side had dominated the first half and seen a shot cleared off the line at the start of the second.

Barca struggled to cope with Athletic’s intensity but cashed in when their opponents took their foot off the gas and seemed content to defend their lead rather than look for a second goal.

Frenkie de Jong hit the crossbar with a sumptuous chip and moments later Depay leveled in the 75th minute with a thunderous strike from a tight angle, his shot flying beyond the reach of helpless Athletic keeper Julen Agirrezabala.

Garcia was then shown a straight red card on his second outing for Barca when he hauled down Athletic forward Nico Williams on the edge of the area, but the hosts failed to capitalize from the resulting free-kick.

Barca defender Gerard Pique also limped off in the first half for Ronald Koeman’s side.

Fernando gave Nino’s late goal mallorca a 1-0 win at Aloves, who had defender Ruben Duarte sent off in the second half.

Carlos Soler’s late equalizer from the penalty spot grabbed Valencia a 1-1 draw at Granada, who had a stoppage-time goal from Angel Montoro ruled out for offside by VAR.

It finished 0-0 between espanyol and Villarreal, a second goalless draw for Unai Emery’s side following their defeat on penalties to Chelsea in the UEFA Super Cup.

Maurizio Sarri also got off to a winning start at Lazio, but the visitors had to bounce back from an early scare to win 3-1 at newly-promoted empoli.

The home side took a surprise lead in the fourth minute when Filippo Bandinelli scored, but Sergej Milinkovic-Savic headed in the equalizer just two minutes later.

Empoli threatened to restore their advantage but Bandinelli’s strike came off the post. Instead, it was Lazio who took the lead in the 31st minute when Manuel Lazzari played a one-two with Milinkovic-Savic before placing an angled drive into the bottom left corner.

atalanta also best Torino 2-1. Luis Muriel scored in the sixth minute but Torino looked to have earned a well-deserved point when Andrea Belotti’s effort was deflected in with 11 minutes remaining.

However, substitute Roberto Piccoli, who had only come off the bench in the 83rd minute, snatched a late winner in stoppage time.

St Etienne defender Saidou Sow scored late on to deny defending champion Lille their first win of the season in a 1-1 draw.

The 19-year-old Sow headed home from a corner in the 84th minute after Burak Yilmaz had put Lille in front in the first half. Saturday’s draw leaves Lille seven points behind Paris Saint-Germain after just three rounds.

Monaco’s poor league start also continued with a 2-0 loss at home to lens, another team that had been looking for its first win.

Ignatius Ganago and Simon Banza scored in the second half for Lens, with Monaco goalkeeper Alexander Nbel at fault for the opener in the 51st minute.

Ganago easily got past Monaco defender Strahinja Pavlovic and then fired straight at Nbel from a narrow angle. But the German goalkeeper, who is on loan from Bayern Munich, failed to hold onto Ganago’s shot as it squirmed past and inside the near post.

Lens had Cheick Doucour sent off for a bad challenge on Krpin Diatta on the hour mark, but Monaco’s Aleksandr Golovin followed him off in the 85th minute for his tackle on Banza.