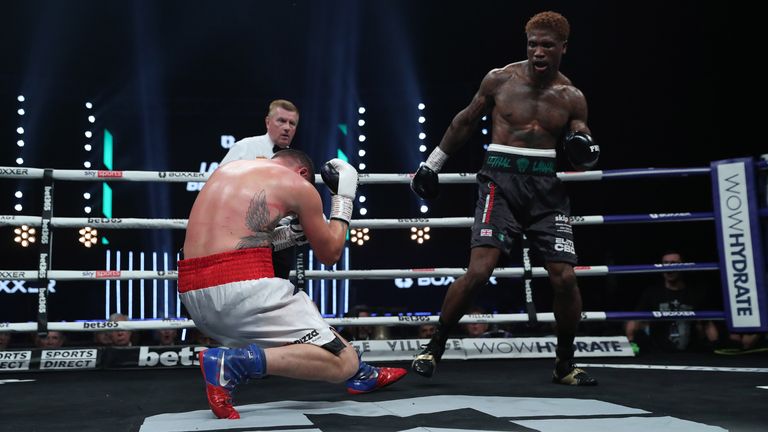 Mikael Lawal smashed Leonardo Damian Bruzzese with a colossal overhand right to make a statement with a knockout win on Saturday in London.

Lawal clattered his opponent to the canvas three times and ended his hopes with a massive shot in the fifth round.

He extended his undefeated record to 15 fights with an explosive outing.

Lawal hurt Bruzzese as early as the second round, scoring his first knock-down with a left hook then flooring him again shortly afterwards.

Bruzzese battled on but was left crumpled by a perfect punch from Lawal.

Lawal warned he would keep a close eye on divisional rival Richard Riakporhe and added: “I’ve got my own path to go down.

“I’m waiting to be made mandatory for the British title. Chris Billam-Smith is in the building now and I’d like that fight.”

Lawal said about his beaten opponent Bruzzese: “He’s got a lot of experience over me.

“He was at European level so to get him out? I’m happy with that.

“I was trying to force it but just had to time it right.”