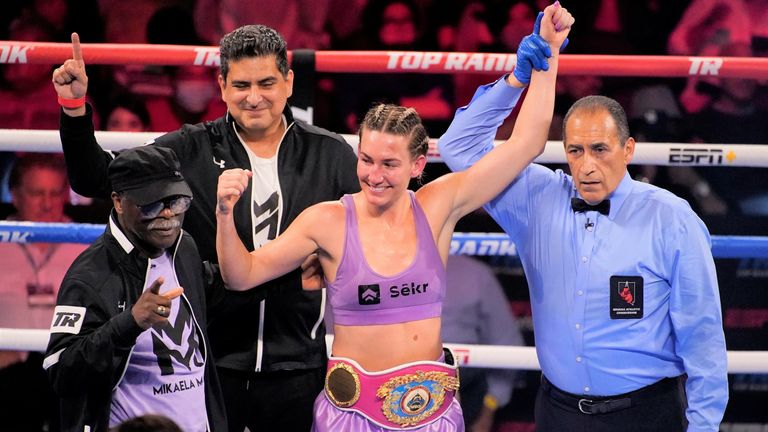 A fiery dispute between the super-featherweights began when Harper leapfrogged Mayer, who was the No 1 contender at the time, to claim the WBC crown in February 2020 against Eva Wahlstrom.

Mayer would win the vacant WBO championship later in the year after overcoming pole Ewa Brodnicka on points, but the American remains eager to settle her feud with Harper.

“Obviously we’ve been building this rivalry with Harper for a long time and it was just sort of natural,” Mayer told Sky Sports.

“I was making a big deal of the fact she was able to come up from being 13th ranked when I was the No 1 contender and get the world title shot first. 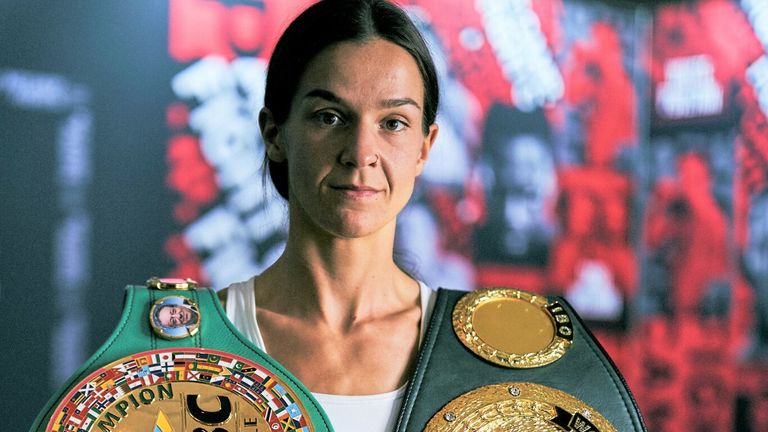 Mayer is adamant that she will defeat WBC champion Terri Harper

Harper is set to reschedule a fight against WBA champion Hyun Mi Choi after undergoing hand surgery, while Mayer will also have an unified contest with IBF title holder Maiva Hamadouche.

“That’s not only what I feel like will happen, it’s what I hope to happen.

“I’m ready to go. I’m ready to clear out this division and become undisputed champion, which I strongly believe I will.

“I do think it will be me and Harper going into the final fight to become undisputed. That’s how I see it, and then I’m ready to move up to 135[lbs] and take on the challenges that are there.”

The 31-year-old says she is determined to enhance the rising popularity of women’s boxing in America.

“I’m one of the few females in America that has that platform. That’s why I’m trying to do all I can to build women’s boxing here,” Mayer explained. 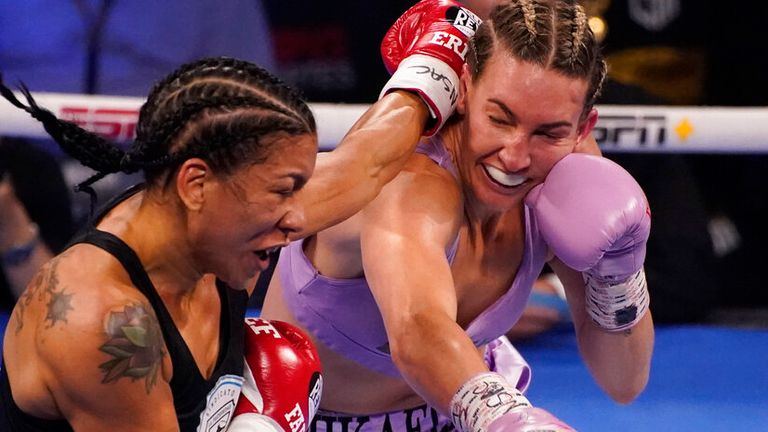 “I’ve always said that America is a challenge. It’s difficult over here. You have a lot of celebrities you’re competing against. Women’s boxing is not as built up.

“Everyone’s competing for this media attention and it’s just a lot more difficult. The challenge is America and that’s where I have the duty to build the sport here so that’s my goal.”