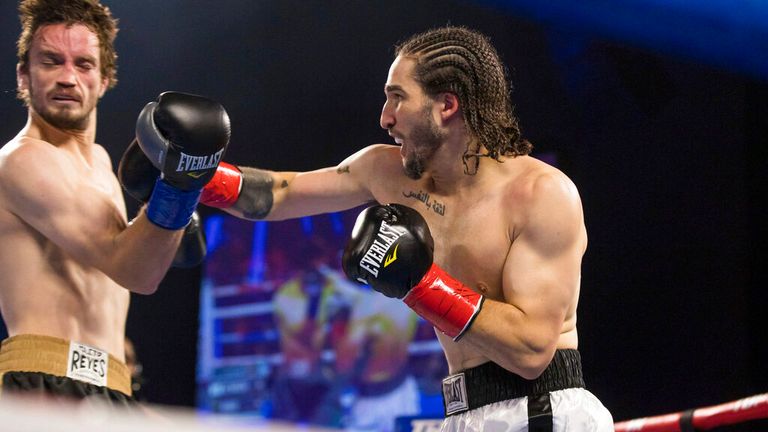 Nico Ali Walsh, the grandson of Muhammad Ali, won his professional debut by stoppage inside a round on Saturday night in Oklahoma.

Fifty-five years after Top Rank promoter Bob Arum staged his first of Ali’s fights, he oversaw a successful start to this latest generation’s plan to continue the most extraordinary of legacies.

Ali Walsh clocked his opponent Jordan Weeks with a right hand to knock him down inside 90 seconds of the opening bell.

He landed the same punch immediately as Weeks got back to his feet, again badly hurting his foe.

Ali Walsh sensed the early stoppage and unloaded a barrage of punches, forcing the referee to intervene with less than two minutes of the first round gone.

His mother Rasheda, Ali’s second-oldest daughter, celebrated at ringside as Ali Walsh posed in a similar way to his legendary grandfather after winning.

Ali Walsh had worn white shorts gifted to him by ‘The Greatest’.

In his corner was Sugarhill Steward, who also trains Tyson Fury.

Ali Walsh said about his grandfather after winning: “I’ve been thinking about him so much. I miss him.

“It seems like a lot of pressure but, to me, he’s just my grandfather. To the crowd he is the greatest fighter who ever lived and maybe the greatest person.

“To me? He’s the greatest grandfather!”

He said about promoter Arum: “He promoted my grandfather and now me. It’s ridiculous. Something that should be in a Hollywood movie.”

Arum first promoted the iconic world heavyweight champion in 1966, the first of 27 fights together including ‘The Thrilla in Manila’.