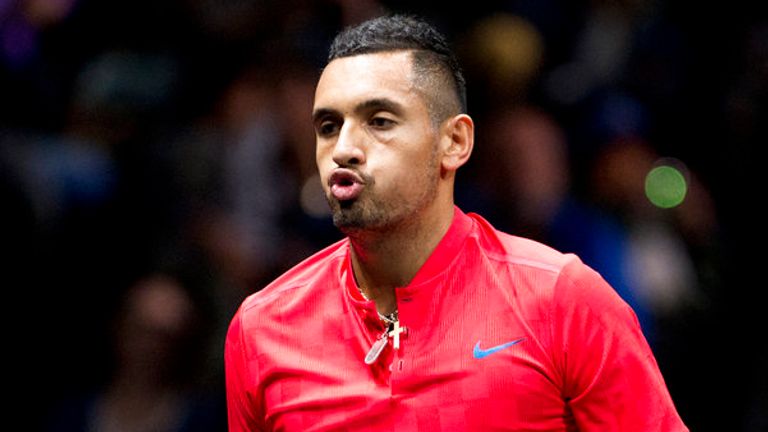 Nick Kyrgios will compete in the Laver Cup for the fourth time and will hope to inspire a famous victory at TD Garden, home of the Boston Celtics; American pair Reilly Opelka and John Isner have also joined John McEnroe’s team for the event

Nick Kyrgios is all set for his “favourite week of the year” after being picked for next month’s Laver Cup at TD Garden, home of the Boston Celtics.

The Australian will join Reilly Opelka, John Isner, Canada’s Denis Shapovalov and Felix Auger-Aliassime alongside Argentine Diego Schwartzman on Team World at the Laver Club, to be played from 24-26 September.

Kyrgios, one of the game’s biggest personalities and an avid Boston Celtics fan, will be hoping John McEnroe’s side will get their hands on the winning trophy this time around having lost all three editions so far.

“Laver Cup is my favorite week of the year and I just love being part of the team. It’s going to be unreal playing at TD Garden, home of the Celtics,” Kyrgios said.

“Boston fans love their sports, so if we can win the Laver Cup anywhere, then TD Garden and Boston, one of the greatest sports cities in the world, is the place to do it.”

Roger Federer and Dominic Thiem withdrew from the event due to injury.

Borg said. “It’s never easy and we’ve been fortunate to keep our winning streak, but the pressure is on for us to defend our title. Team World is hungry.”

The Laver Cup pits six players from Team Europe against six from Team World, with four matches played each day (three singles and a doubles).

Team Europe, who will feature six of the world’s top 11 players, hoisted the trophy at the inaugural event in Prague in 2017, Chicago in 2018 and Geneva in 2019.