Patty Mills was a San Antonio Spurs great so have the Brooklyn Nets picked up the most underrated signing of NBA free agency? | NBA News 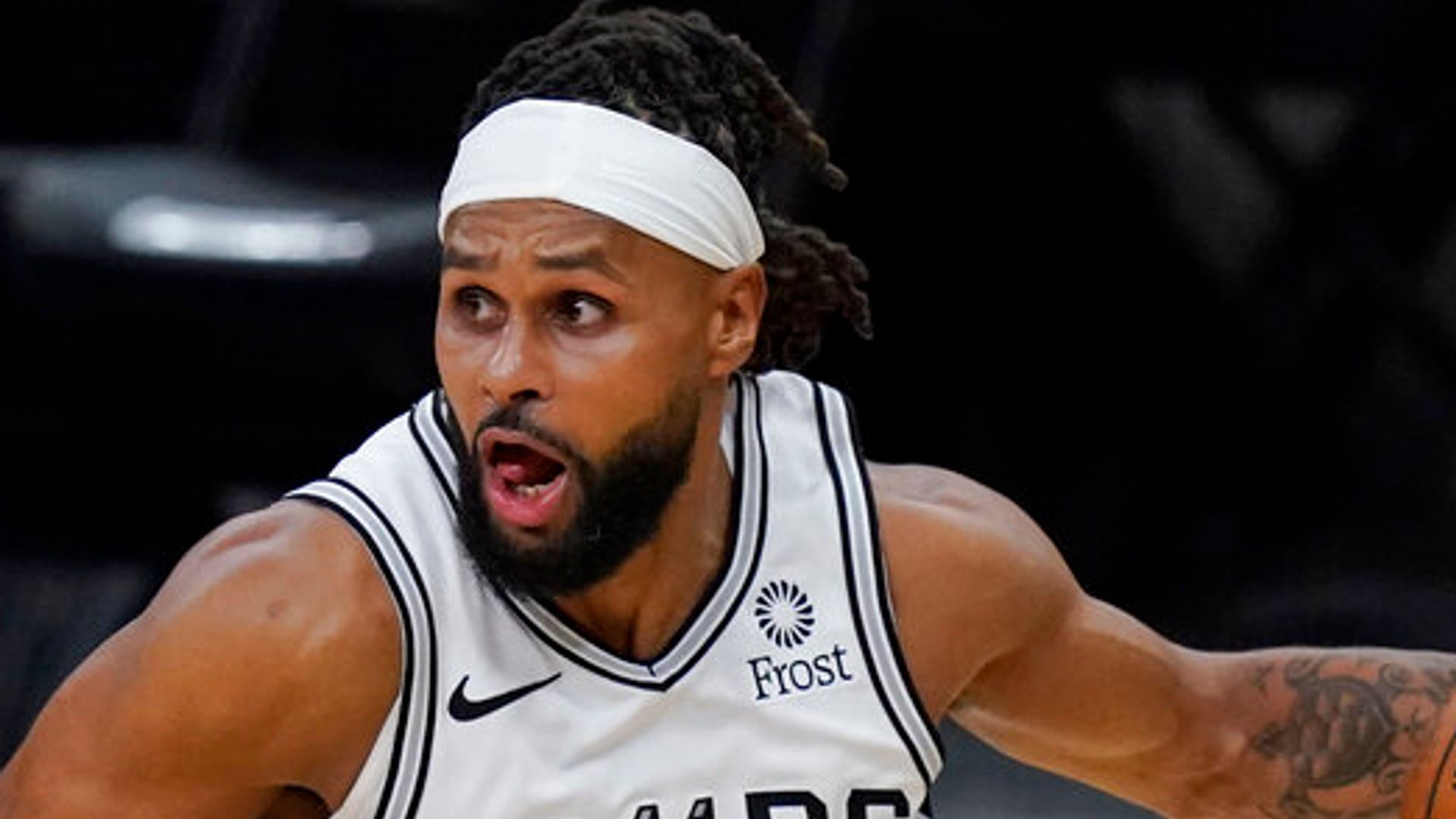 In reality, it was over in 2016. The San Antonio Spurs had a glorious run of 17 straight 50-win seasons with Tim Duncan that included five NBA championships.

But even when he retired, head coach Gregg Popovich and the front office had done a solid job of bridging into the next generation. Manu Ginobili and Tony Parker were around for another season, but Lamarcus Aldridge had been brought in to fill the position of All-Star big man, and the team had a potential best player in the world under contract in Kawhi Leonard.

Supporting them were a handful of role players and promising youngsters, and who knows how many more 50-win seasons the team would have managed if Leonard hadn’t landed on Zaza Pachulia’s foot then fell out with the franchise? After the forward went down for basically a whole season, Ginobili retired, Parker moved on, then last year the team traded away Aldridge to a title contender.

They got DeMar DeRozan back in the Leonard trade, and Rudy Gay joined the team, and he was good for them, but they found new homes this off-season after arguably regaining respect that they’d lost slightly while rebuilding their games in San Antonio .

But neither of them were present for a championship season. The only player with champagne memories on the famous San Antonio riverwalk was Patty Mills.

The Australian didn’t start his career with the Spurs, but he added a spark to the team when he got there and they went to the NBA Finals two out of his first three seasons. He also came off the back of an incredible appearance at the London 2012 Olympic Games, which saw him finish the tournament with the highest scoring average and included a buzzer-beating game winner against Russia.

He never became a stat-heavy guy for the Spurs, despite this being his role for the Australian national team, with whom he won a bronze medal at the Tokyo 2020 Olympics after finishing with 42 points in the podium game. But he could always be related upon for a clutch bucket, and was the perfect player off the bench, and even as a starter.

Mills would do whatever coach Gregg Popovich asked of him – whether he was playing with the big three, or when the team transitioned to being built around Leonard and Aldridge before it all went wrong.

Mills was the bridge between San Antonio’s legendary generation, and the future championship hopefuls. And even after Leonard and Aldridge left, he was the mainstay, the culture setter, the leader, the mentor to the younger generation, the player that could talk about what it takes to become a champion.

Without him, the Spurs are not exactly at ground zero, but it is officially a new start. Doug McDermott and a hopefully healthy Zach Collins are not exactly upgrades to the combination of Aldridge, Gay and DeRozan that they lost, but with the latter’s deal to the Chicago Bulls, the Spurs got back two expiring contracts in Al-Farouq Aminu and Thaddeus Young , as well as a future first round pick and two second round picks.

It’s not a home run, but with this, and the drafting of Josh Primo, the signing of Australia’s Jock Landale and the return of recent champion with the Milwaukee Bucks Bryn Forbes, you can see a direction is becoming clear. There was also a bit of excitement at Summer League when the Spurs allowed a player to take San Antonio legend David Robinson’s jersey number 50 down from the rafters – for his son Justin Robinson.

Added to the guard-wing rotation of Dejounte Murray, Devin Vassell, Lonnie Walker, Derrick White and Olympic gold-medal winning Keldon Johnson, as well as Jakob Poeltl and Drew Eubanks, the team doesn’t look like it’ll be beating last year’s regular season record of 33-39, especially without the experience of Patty Mills to guide them. There is a clear indication that this team is building for the future, and who knows? Maybe Popovich will retire one day soon and hand the coaching reins over to another young person with potential in Becky Hammon?

For the Brooklyn Nets, however, they have probably benefited from the most underrated signing of free agency. No, Patty Mills doesn’t have the cache of Kawhi Leonard – who returned to the LA Clippers in free agency – the All-Star name of Kemba Walker, nor the fame of Lonzo Ball, but when you look at what the Nets were missing last year, they might have just found it in the Aussie.

Mills is not Kyrie Irving but he can be a shot-creating point guard off the bench, backing up Irving in line-ups with or without Kevin Durant and James Harden. He might be undersized but the former Spur has played off the ball as well so can fit into an all-shooting five with the stars and Joe Harris.

Harris and Mills’ games are similar: they will happily run around 17 screens to spots on the perimeter and not receive the ball, but if the pass is kicked out to them, they will be open and ready to shoot around 40 per cent or better from distance. If Harris is a starter, Mills can enter for him and the team won’t miss a beat.

It’s not like Brooklyn doesn’t have champions on the roster – Durant and Irving have three between them – but there is a lack of winning experience outside of them. Mills offers a veteran presence and culture leader off the bench who can help younger players, and – for people who haven’t been to the mountaintop – advice and encouragement on staying ready for big games.

The Nets were knocked out of the playoffs and were immediately the favorites to win it all next season. Their championship run ended due bad health, but with their injured stars – Irving and Harden – getting a full off-season, they will hopefully return fresh and focused for 2021-22.

If they can stay on the court, that’s all that the Nets might need, but Mills offers greater depth. If some players don’t enter the season committed to the task in hand, Mills has enough respect across the league and around the world to speak up as a leader. He can help pull people together, and be a key cog on a title-winning team.