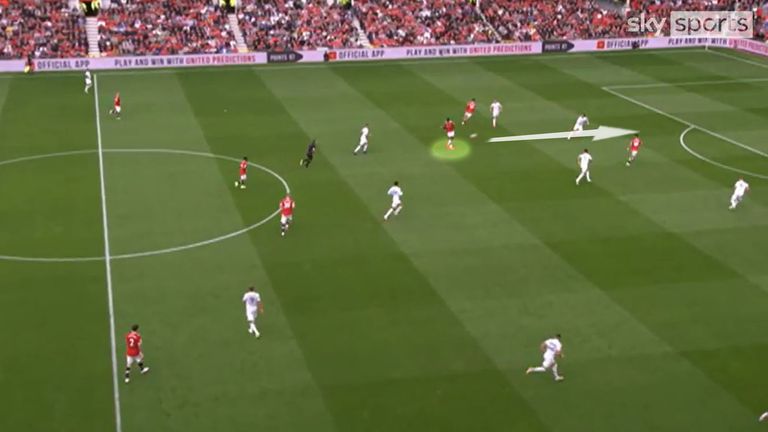 The most striking thing about Paul Pogba’s four assists in Manchester United’s 5-1 thrashing of Leeds on Saturday was that they were all completely different.

A first-time dink to find Bruno Fernandes charging in behind for the first. An exquisite through-ball from deep in his own half for the second. A quick turn and pass in the No 10 position for the third. A measured cut-back from the left-wing position for the fourth.

Pogba’s quality is such that he can hurt opponents from all angles and in varying ways. His range of passing has long been one of his best attributes and his vision, evident for all four of his assists at Old Trafford, is similarly impressive.

As Ole Gunnar Solskjaer and Manchester United well know, however, unlocking those qualities can be challenging. Indeed, in the space of one game on Saturday, Pogba created more goals than in each of the last two Premier League seasons.

The Frenchman has been deployed in different positions and in different systems since his return to Old Trafford from Juventus in 2016. The debate about where best to use him has run and run.

But his creative masterclass on Saturday, during which he became only the seventh player in Premier League history to register four assists in a single game, was a reminder that in Pogba’s case, it is probably best not to get bogged down in tactical intricacies.

“Today was just about, ‘go out there enjoy yourself’,” said Solskjaer after the game. “We just gave him the freedom of roaming wherever he wanted to go and getting on the ball.

“All the best players would want to feel our trust and confidence, and Paul is one of those who can create moments out of nothing.”

It is obvious Pogba enjoys this level of freedom. In fact, he admitted as much in conversation with Sky Sports in April. “I just like to be free; free to play my football,” he said when asked to name his preferred position. “I am better when I play my football.”

Pogba was granted that freedom at Juventus, where Claudio Marchisio, Arturo Vidal, Andrea Pirlo and others gave him a platform to shine as part of a three-man midfield, and it has been a similar story with France, for whom the indefatigable N’ Golo Kante gets through so much defensive work behind him.

“He has a fairly free role,” France coach Didier Deschamps said of Pogba during this summer’s European Championship. “He is not limited on the offensive aspect. His position can change. It depends on the placement and movement of other players.”

Juventus certainly benefitted from giving Pogba creative license, winning four consecutive Serie A titles during his time in Turin, and the same is of course true of France, reigning world champions thanks in large part to his fine displays in Russia in 2018.

It is hardly surprising, in hindsight, that Pogba struggled to shine under Jose Mourinho, a manager whose rigid tactical approach leaves little room for artistic expression.

Pogba featured prominently in his first two seasons in charge but his form was patchy. By the time Mourinho departed the club in December 2018, their relationship had broken down spectacularly, costing the Frenchman his place in the team.

Pogba is far from blameless for his leaner periods of form at Manchester United, of course, and there have been more of them since Mourinho’s exit. But the circumstances have not been ideal. 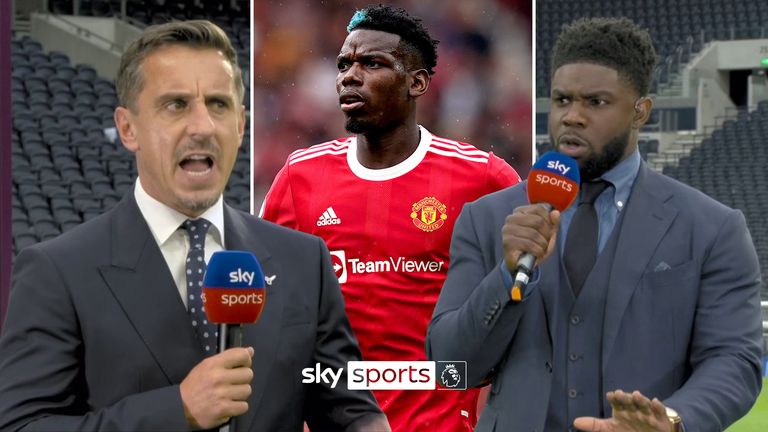 Gary Neville, Micah Richards and Graeme Souness had a heated argument over the future of Paul Pogba on Super Sunday

In central midfield, a dearth of truly elite quality around him. With the arrival of Fernandes, a switch to a 4-2-3-1 system for which he is not a natural fit.

Solskjaer’s decision to move Pogba to the left last season was not a universally popular one but, given the personnel at the manager’s disposal and the importance of Fernandes in the No 10 role, it is probably the most effective way of getting the best out of him .

To use Pogba in a deep-lying midfield role is to waste his talents but on the left of the front three, he is able to operate in his preferred zones, dovetailing with Fernandes – no player found the Portuguese with more passes against Leeds – in the knowledge that Luke Shaw will provide the width outside him.

Pogba cannot open up defenses from the base of midfield and nor can he produce the kind of switches of play that helped Manchester United stretch Leeds to such good effect on Saturday.

Pogba’s strengths lie in the offensive side of the game but the central-midfield roles in Solskjaer’s preferred formation demand defensive diligence and tactical discipline. They are best left to Fred and Scott McTominay.

Of course, not every opponent will allow Solskjaer to afford Pogba the kind of freedom he craves. Marcus Rashford’s return from a shoulder injury will also give the 28-year-old stiff competition for the left-sided spot in Manchester United’s attack.

But Pogba’s performance at Old Trafford on Saturday was a reminder of his unique qualities – and proof of the impact he can have when the circumstances are right for him.

Solskjaer must make the most of his presence while he still can.