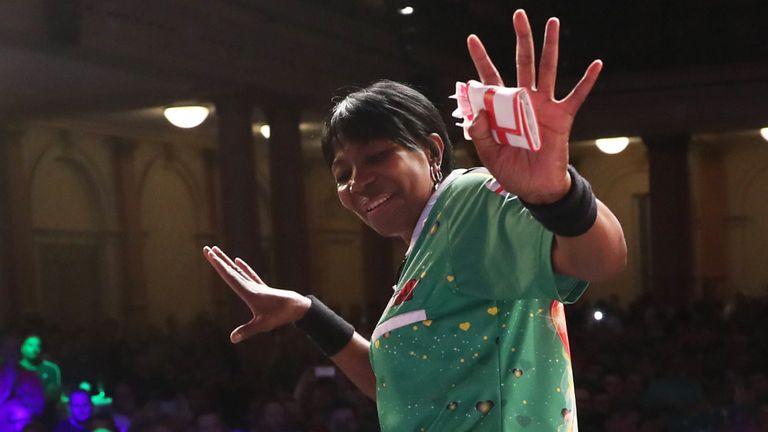 Four events scheduled for Germany in August will now be moved to the second and third weekends of Women’s Series competition in September and October – places at PDC World Championship and Grand Slam of Darts on offer.

The PDC has announced that the opening weekend of its Women’s Series in Germany has been cancelled, with the events switching to Milton Keynes and Barnsley later this year.

Earlier this month the PDC announced news of an expanded three weekend, 12-event Women’s Series, however with a low number of entries for the opening four events in Niedernhausen, a decision has been taken to cancel the event on August 28 and 29.

However, those events have been switched to a reworked schedule that will see the cream of the women’s game compete over two weekends in September and October with three tournaments taking place on each of the four days.

“It’s a shame that these events didn’t attract a higher number of entries,” said PDC Chief Executive Matt Porter. “It doesn’t make sense for us to proceed with the cost of staging the events for such a low number of players, with only a handful being from mainland Europe.

“Almost all the 22 players who entered by Tuesday’s closing date were from the UK and we don’t want to deny those players the opportunity to compete across all 12 events, so we have taken the decision to reschedule the four German events to the later weekends in this year’s Women’s Series.

“We appreciate that there are ongoing issues regarding travel during the Covid-19 pandemic, and also the cost of travel at present, so this will help the players who did show commitment to save on expenses too.

“We look forward to staging our further weekends in Milton Keynes in September and Barnsley in October and providing great opportunities for ambitious female players.”

With £20,000 in prize money and places on offer at the World Championship and Grand Slam of Darts, the fields in Milton Keynes and Barnsley are expected to attract the cream of the women’s game.

Last month, Fallon Sherrock told The Darts Show podcast she couldn’t wait to return to action after a frustrating 18 months.

“We had one weekend of it all [last year]. It’s definitely opening opportunities for the women. I hope that the women – especially after lockdown – get back out there and support the events and prove to everyone how we can play.”

As well as prize money and commitment to the 12 events, the Women’s Series will offer places at two of the PDC premier events – the World Championship and the Grand Slam of Darts.

At the end of the four days of competition the top two players from the 12-event Order of Merit will earn themselves a spot at Alexandra Palace for the World Championship.

In addition the leading money from each of the two weekends will be awarded a place at the Grand Slam, scheduled for Wolverhampton in November.