“To be fair, the Evertonians around my place are quite happy and very supportive. Even the Liverpudlians accepted it was an opportunity for me to come back to the Premier League.”

The dust has settled since Rafael Benitez became only the second manager after William Edward Barclay to have both Liverpool and Everton on his CV.

There was some opposition to his appointment, with Merseyside Police investigating after a threat banner which read ‘We know where you live, don’t sign’, but the Spaniard is determined to make a success of his time on the blue half of the divide.

“Football is quite emotional and everybody will have their opinions,” he said at his unveiling. “For me it’s a challenge, a chance to do well in the Premier League, and show everyone we can compete.”

The club had the rug pulled from beneath them when Carlo Ancelotti made the abrupt decision to return to Real Madrid in June, but in replacing one Champions League winner with another, Everton’s ambitions remain the same.

“To put it simply, we need to be competing at the top end of the league and to be winning trophies,” said majority shareholder Farhad Moshiri in defending his decision to turn to Benitez as the club’s fifth permanent manager in as many years.

Moshiri has invested the thick end of £500m into Everton, but the construction of a £500m-plus stadium at Bramley Moore dock means they have had to cut their cloth accordingly in the transfer market this time around. 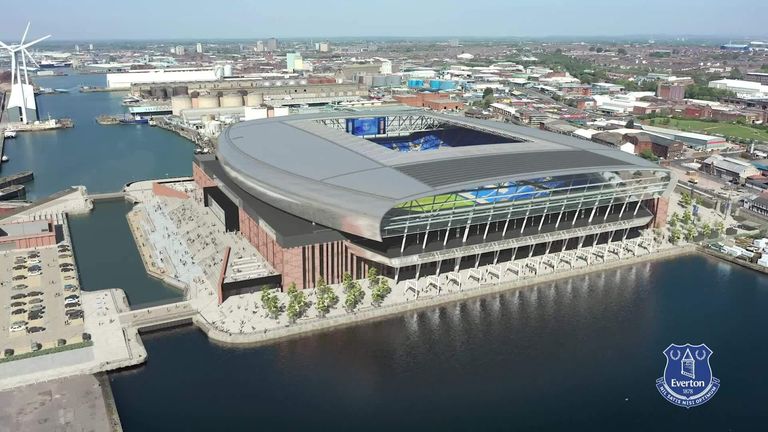 Take a virtual tour of the Bramley-Moore dock site in north Liverpool that will house Everton’s new 52,888-capacity stadium

It should not entirely be seen as a bad thing. Extravagant spending under Benitez’s predecessors has garnered indifferent results; for every hit there has been a miss.

Reducing the current first-team wage bill has been among this summer’s priorities, with Theo Walcott, Yannick Bolasie and Bernard having all now departed. More are expected to follow in the coming weeks.

Everton’s fanbase is a disgruntled but knowledgeable one. They are aware of the sizeable task Benitez has undertaken and the transition which the club finds itself in once again.

To the dissenting voices, there will be no honeymoon period for their new manager. Results will be demanded from the off without compromising the desired identity of playing attractive football.

But for Benitez to leave his imprint on this squad of many parts will require patience. Everton are a club that has historically thrived off having fans in the stadium, and those supporters must now acknowledge the role they play in the club’s fortunes.

It has been a summer where people have put themselves first. A former Liverpool manager is in charge and it is time to get on with it. 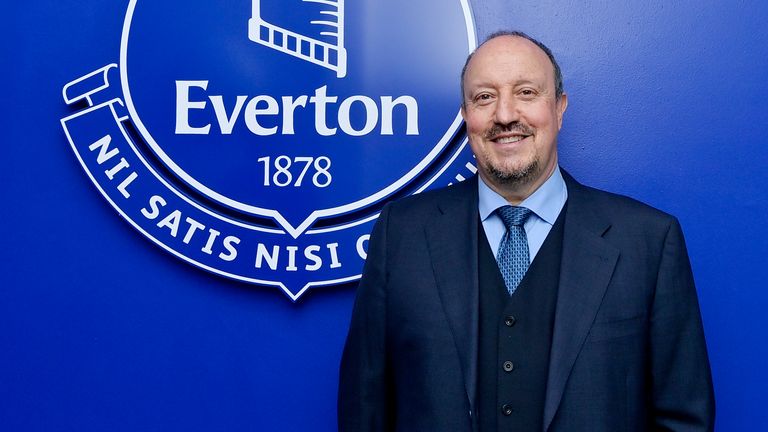 Ancelotti ultimately delivered very little, having promised much. Everton sat top of the Premier League for 30 days at the start of 2020/21, aided by a seven-match winning streak in all competitions.

There was then the 2-0 win at Liverpool, a first away win at Anfield in 24 visits in all competitions stretching back to September 1999, which felt a timely boost in February. Ending the wait for a first win against the Reds at all in 24 meetings even sparked a run of three victories on the bounce.

Everton’s hopes of bringing European football back to Goodison Park were derailed, however, by three wins from their final 13 games. The football at times under Ancelotti was a tough watch, and the home form was abysmal –
Nine defeats equalled the worst home return in the club’s history. 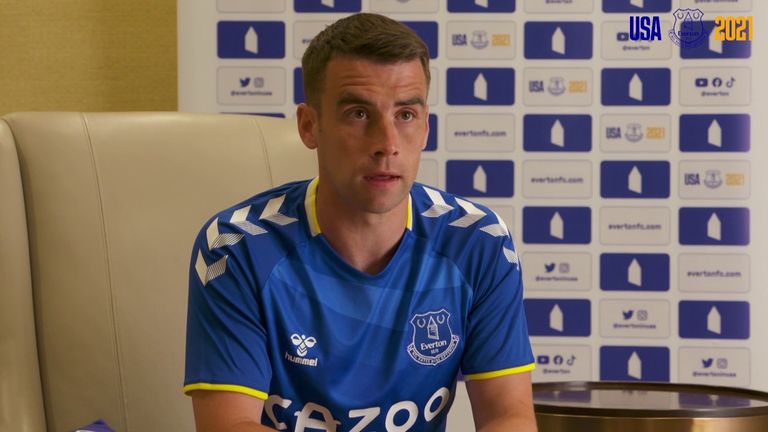 In spite of Dominic Calvert-Lewin’s 16 league goals and an impressive tally of 11 away wins, supporters were left with a familiar sense of underachievement following a final-day thumping at Manchester City.

Moshiri has invested so much in order to compete side-by-side with the elite, but it laid bare the scale of the task that still lies ahead for Everton to reach such lofty ambitions. There is an expectation for this club to return to Europe but that should excite the players, not fill them with fear.

Where Everton must improve

Ancelotti appeared worryingly short on answers when asked how he could rectify his side’s inability to be on the front foot without losing solidity and balance. When the onus was on Everton to attack, especially at home, the midfield lacked guile and penetration.

From November onwards at home, the side lacked the patience to unlock deep-lying opposition.

Additional mobility in this area to operate alongside Allan and Abdoulaye Doucoure would be welcome, but Jean-Philippe Gbamin looks to have finally put his injury troubles behind him, having only made a handful of appearances since his £25m arrival in 2019.

Benitez has been working hard on the training ground to address this apparent weakness, while it is in other areas where the new manager has strengthened.

Everton’s total sprints were down on their Premier League rivals, and it is a department Benitez will certainly look to rectify to ensure they finish games stronger than they often did under his predecessor.

Demarai Gray and Andros Townsend will provide much-needed width to a forward line that was often one-paced and a new right-back to compete with captain Seamus Coleman remains a priority.

What Rafa will look to build on

It is too simplistic to say Everton are back at square one when there are several exciting components to the squad Benitez has bequeathed.

Ben Godfrey flourished during his first season at the club and his regular appearances at centre-back during pre-season suggest greater responsibilities will be cast upon him.

Jordan Pickford returns following an excellent summer with England at Euro 2020, and he will look to build on his 12 clean sheets last term.

There is a solid defensive base – an area Benitez has always placed great emphasis on during his managerial career – and the hope is that momentum generated from a fine away record can be carried through into the new season with supporters back in the stands.

Calvert-Lewin enjoyed a breakthrough season having developed well under Ancelotti, and he will thrive off the new arrivals in wide areas brought in to provide plenty of crosses and play to his aerial strengths.

Will Richarlison suffer from burnout?

It is clear to see why Everton has asked Richarlison to forgo a holiday after his Olympic success with Brazil. The forward has returned to training at Finch Farm despite only just winning gold at Tokyo 2020 with his country.

The victory over Spain in the final was his 15th international match of the summer having also reached the final of the Copa America, a tournament which started not long after he had completed his 40th and final game for his club during the 2020/21 season.

But with Calvert-Lewin missing the 4-0 defeat at Manchester United last weekend with a minor toe injury, Everton looked desperately short of a focal point.

The club agreed with the player that he would report back to training following the conclusion of his commitments with Brazil, where he was top scorer at the Olympics with five goals.

Benitez knows he must protect the 24-year-old from burnout this term, but he is aware of the team’s over-reliance on him.

What is more, Richarlison has a good record against Southampton, Everton’s opening-day opponents, scoring the only goal in their last meeting back in March to add to his two other winners against the Saints.

Indeed, Everton have a win percentage of just 11.1 without the forward compared to 41.9 when he has appeared. Benitez knows he has to hit the ground running given his appointment was not universally popular, but at what cost?

What summer business has been done? 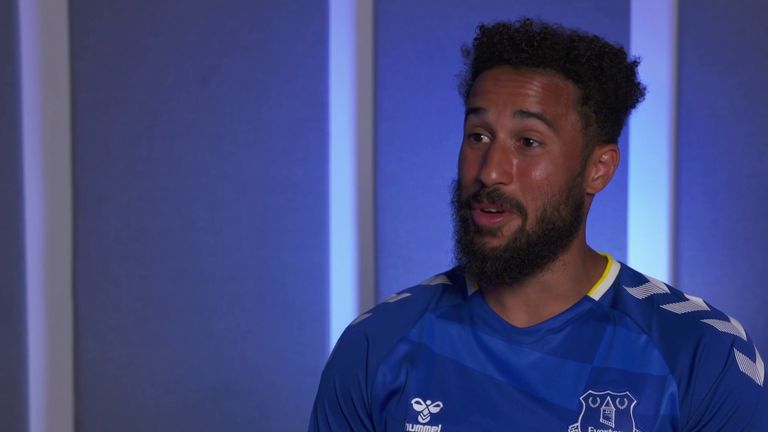 New Everton signing Andros Townsend has backed manager Benitez to be a success at Goodison Park and is looking forward to linking up with striker Dominic Calvert-Lewin next season. Pictures from Everton.com. 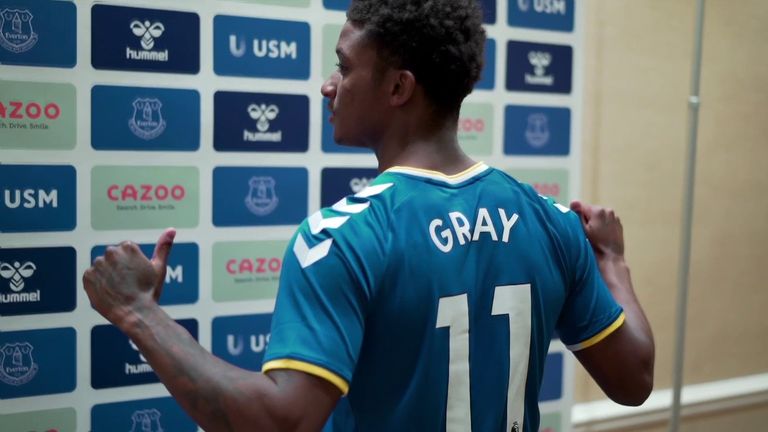