After a last-minute Steven Davis goal halved Rangers’ deficit in Sweden, and the subsequent news that Ibrox would be filled to capacity for the first time since March 2020 come the second leg, there was a feeling the stage was set for one of ” those” famous nights when Malmo came calling.

Surely a 2-1 lead wouldn’t be enough against the previously near infallible Rangers backed by 50,000 football starved fans?

Indeed when Alfredo Morelos glanced a header past the ‘keeper to level the tie after just 18 minutes, that sense of the inevitable only grew. Then chuck in Malmo midfielder Bonke Innocent getting himself sent off on the stroke of half-time, well surely passage to the playoff round was guaranteed? Think again.

Instead of Rangers re-emerging from the tunnel at the break ready to press home their numerical advantage, it was Malmo who returned with fresh purpose. Their bright start was rewarded by two very well taken goals from Antonio Colak in the space of four minutes, and in a blink of an eye, the tables were turned in the favor of Jon Dahl Thomasson’s side.

Time was still with Rangers, they still had over half an hour to draw themselves level, but they couldn’t find a way through a resolution Swedish back-line. Soren Rieks made two brilliant blocks, and ‘keeper Johan Dahlan tipped over a Fashion Sakala drive late on as the Swedes held firm.

It was their celebrations that could be heard from the press room at full-time, and it was Rangers who have to now make do with another crack at the Europa League.

Speaking to Steven Gerrard after the game he didn’t try to sugar-coat things – his side had underachieved in both legs in his eyes and he stressed the need to be better if they have hopes of progressing through the play-off round in the Europa. He also highlighted Rangers’ defensive frailties both at Ibrox and in Sweden, although he was keen not to lay the blame on individuals.

The core of this team have served him well and he wasn’t about to throw them under the bus – it was noticeable at the final whistle that he waited to shake hands with each of his team as they made their way off the pitch, and As soon as the last man was in, he was straight down the tunnel to address them.

You got the sense watching on that he wanted to rally his troops rather than chastise them. That said, he’s not a man to let standards slip too far. Despite his measured response after the match when speaking to the media, he also made it clear he may be forced to make changes if things didn’t improve. 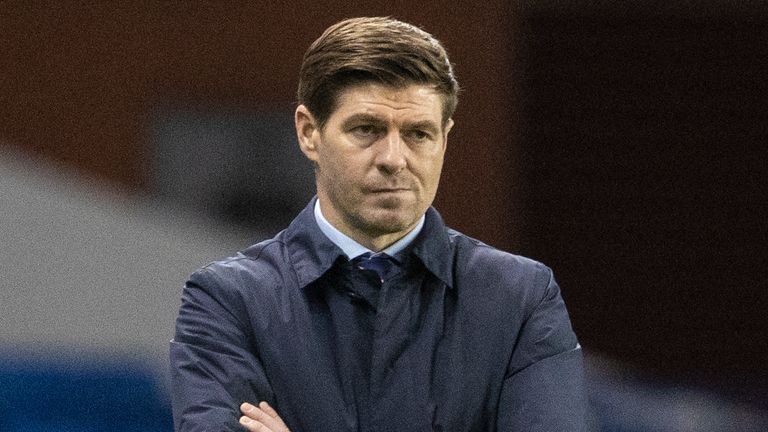 Perspective is a rare commodity in Glasgow when it comes to football; credit in the bank doesn’t last long. Rangers were excellent last campaign – peerless in the Premiership and worthy champions.

However, both the manager and his supporters will be hard-pressed to understand and accept how a side that lost just three games last season (one of those on penalties), has somehow lost three matches in the space of one week, this season.

There’s no dressing it up, Tuesday’s defeat is a blow and it does slow the club’s ambitions, but the bulk of people in Scotland would still have them as comfortable favorites in all three domestic competitions – that in itself is huge progress from where the club were a few years ago.

Back in August 2011 Rangers’ Champions League hopes were ended by defeat to Malmo. It took the club a decade to get themselves back in a position to contend for the promised land of European football’s top competition, and now in a strange quirk of fate they once again find themselves dumped out by the same Swedish opposition.

The exit 10 years ago accelerated the club’s plunge into financial dire straits (although even progress back then would have only delayed the inevitable off field problems); the implications of this year’s failure are less clear to see.

Before anyone jumps on my back, I’m not for a minute suggesting history is about to repeat itself, but back in December last year managing director Stewart Robertson revealed the club would need to sell players to balance the books this season. That stance had softened of late – earlier this summer vice-chairman John Bennett insisted that wouldn’t be the case – but the difference between making and not making the group stages of the Champions League is vast.

Scottish sides don’t budget for making the Champions League – but they sure as hell hope they can as it makes life a whole lot easier. If, and I stress the word if, Rangers feel they need to make up a shortfall following Tuesday night’s Champions League exit, then the good news is they have assets they could sell, but than in itself would be little comfort to fans who wanted to see their side build and strengthen on last season’s successes, not tread water.

That said the pressing concern for supporters will be defeat against Malmo has cost them on a personal level. Speaking to fans over the course of the last few months most have mentioned the dream of hearing that Champions League music drifting around Ibrox again – to many that was to be the cherry on top of the cake after winning the title; But now the wait for that goes on for another year at least.