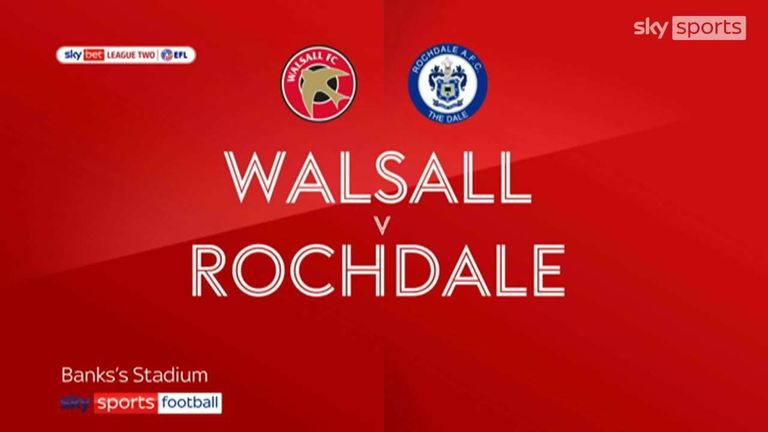 Rochdale have condemned “abhorrent” racist abuse aimed at midfielder Abraham Odoh and referred the matter to the authorities.

The League Two club has revealed the 21-year-old, who was a second-half substitute in Saturday’s 0-0 draw at Walsall, was targeted on social media.

A club statement said: “Everyone at Rochdale Football Club is absolutely disgusted to learn that Abraham Odoh has been subjected to racist abuse on social media.

“It was brought to our attention on Monday afternoon that Abraham had received a racially abusive message via one of his social media platforms.

Highlights of the Sky Bet League Two clash between Walsall and Rochdale.

“Rochdale Football Club has a zero-tolerance stance relating to any racist, discriminatory or prejudiced behavior and we will be reporting this incident to the relevant authorities. We have also offered our full support to Abraham.

“We utterly condemn the abuse received by Abraham and everyone at Rochdale Football Club stands with him, and all of our players, to make it absolutely clear that this abhorrent behavior is completely unacceptable and will absolutely not be tolerated.”