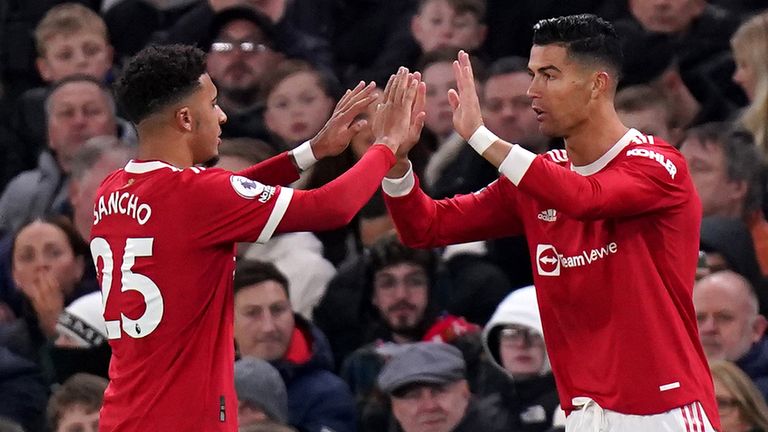 Roy Keane and Jamie Carragher had a heated debate in the Sky Sports studio about whether Cristiano Ronaldo should be an automatic starter for Manchester United after he was named on the bench in Sunday’s 1-1 draw with Chelsea.

Caretaker manager Michael Carrick named the 36-year-old among the substitutes at Stamford Bridge, instead starting with a front three of Jadon Sancho, Marcus Rashford and Bruno Fernandes.

Ronaldo eventually came on for Sancho, whose second-half goal was canceled out by a Jorginho penalty, but made little impact on the game before storming straight down the tunnel after the final whistle.

Ronaldo’s omission prompted a fiery argument between the Sky Sports pundits, with Keane saying he should be an automatic starter while Carragher claimed otherwise, and questioned the logic of signing him from Juventus in the first place.

Dave Jones: “What should the new manager do with Ronaldo?”

Roy Keane: “You have to. Ronaldo isnt one for coming off the bench – he was probably freezing there. Ronaldo has not come back to Manchester United to sit on the bench.

,[Ronaldo leaves the pitch immediately when the final whistle sounds] Why Carrick is trying to give him a high-five, I don’t know. Let him get down the tunnel, there is nothing wrong with a player being upset. Ronaldo has not come back to Manchester United to sit on the bench. What is the point?

“He is a world-class player. His stats since he came back to the club are ok – he has got some goals and some assists. This idea that he is going to start closing people down? He’s not. Sometimes you have to work around a superstar. I’ve played with players who don’t do the bit you hope – the Cantonas of this world – but you forgive them because they score the winning goals in tight matches.

“Ronaldo has to be in the starting XI.

“This idea of ​​resting him? Villarreal didn’t take a lot out of the players and they are not playing again until Thursday night. He could have played today easily.”

Dave Jones: “Do you think Rangnick will see it like that?”

Jamie Carragher: “No. I think Rangnick will not cause himself a problem initially coming into the club and putting Cristiano Ronaldo on the bench, but I think this idea that Ronaldo has to start every game and play every minute of every game I don’t think is right.

“Going away in big games I can understand why Michael Carrick never started him against Chelsea.

“There was this big story that he brought Ronaldo off. He’s 36. He then didn’t start him against Everton and Ronaldo walked down the tunnel.

“Now, Ronaldo’s not the player he was. He’s still obviously delivering for Man Utd in terms of goals, but I don’t think it should be a big story if Ronaldo doesn’t start every game or at times comes off in a game of football.”

Roy Keane: “Not every game, Jamie, but this is a big game for Manchester United. I’d forgive some of the group games in the Champions League when you’re thinking Man Utd are still going to get through, I understand that… but Ronaldo, if you see him in the car park, you see a player who has won everything in the game and who has come back to United to try to lift the club. Of course he will want to play in these games.

Jamie Carragher: “That’s every player when we are playing the game.”

Roy Keane: “But they are not all world class! They won’t have had 800 games in their career! If you were watching today and Man Utd were poor but Ronaldo is on the pitch you are still thinking ‘well if the ball falls to anyone in world football, even at 36, it’s Ronaldo’. It’s not like he has come back to the club and not scored and you go ‘he can’t get up to speed, he looks awful, he’s not up to speed’. He’s on it. He looks interested.

Jamie Carragher: “He doesn’t press, does he?”

Roy Keane: “He’s not pressed for four, five, six years! I said when he came back that he wasn’t going to fix Manchester United’s problems. But you do not bring Ronaldo back to Man Utd to sit on the bench.

“Of course he is not going to start every game. But it’s Chelsea away where it is counter-attack and you might get one or two balls into the box, and you want to drop Cristiano Ronaldo?”

Jamie Carragher: “Why did Manchester United sign Ronaldo in the summer? They signed him because they were terrified he was going to go to Man City. That’s why they signed him.

“There was no plan to sign Cristiano Ronaldo. They signed him at the last minute because he was going to go to Man City.”

Roy Keane: “But he was always going to play, Jamie. What they were going to sign him just to not go to City but come and sit with us on the bench?”

Jamie Carragher: “I didn’t say that. I’m saying is a Manchester United manager not allowed to put Ronaldo on the bench? They’ve come here to Stamford Bridge and the guy that’s played has scored the goal.”

Roy Keane: “Of course he is. Stats have taken over the world so show me his stats. His stats since coming back to Manchester United are good…”

Roy Keane: “What’s the game about? The game is about goals, Jamie.”

Jamie Carragher: “Where are Manchester United in the league? Are United any closer to winning the Premier League? That’s what he’s been brought back for.”

Roy Keane: “The game is about goals, Jamie! What did Ian Rush do? He scored goals!”

Jamie Carragher: “Did he press as well? Ronaldo doesn’t.”

Roy Keane: “He did, but he didn’t score as many as Ronaldo.”

Jamie Carragher: “I’m not criticizing Ronaldo as a player. What can he do at [36], He’s a phenomenon in terms of goals but I mentioned this in midweek with Lionel Messi.

“Are United closer to the league title right now than they were last season? No. Are PSG closer to the Champions League with Messi in the team? No. We talk about goal scorers or whatever position you are, you bring your own input to the game, but football is a team game.” 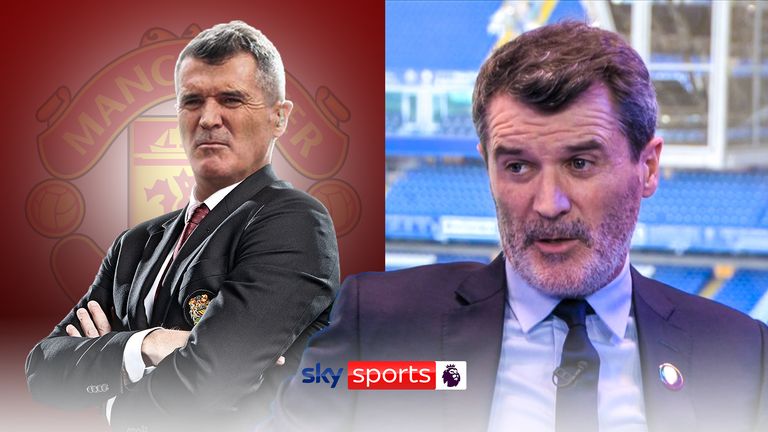 Dave Jones: “So you think signing Ronaldo was a mistake?”

Roy Keane: “To win trophies! It’s about trophies. Did you win the FA Cup?”

Jamie Carragher: “Yeah, I did.”

Roy Keane: “Second is no good to you…”

Roy Keane: “A few months ago when Ronaldo signed for Man Utd, anyone who said…”

Jamie Carragher: “…Are they any closer to the league right now?”

Roy Keane: “No! He has not come back to win the league!”

Jamie Carragher: “What’s he come back for then? What’s he here for?”

Roy Keane: “To help them win a trophy!”

Jamie Carragher: “What’s he here for?”

Roy Keane: “Mourinho didn’t win the league but he won a few trophies!”

Roy Keane: “When you won trophies were you not buzzing with that? Man Utd are a cup team at the moment.”

Jaime Carragher: “You just said Ronaldo never came back to win the league. What’s he here for then? What are you at Man Utd for?”

Jamie Carragher: “Is that where Man Utd have gone? ‘We’re happy with cups’.

Jamie Carragher: “So, there’s no point in signing him…”

Roy Keane: “I’ll say it one more time, to win some trophies. That’s where they are.”

Man Utd host Arsenal in the Premier League on Thursday at 8.15pm. Free highlights from the game will be available on the Sky Sports website, App and YouTube channel.