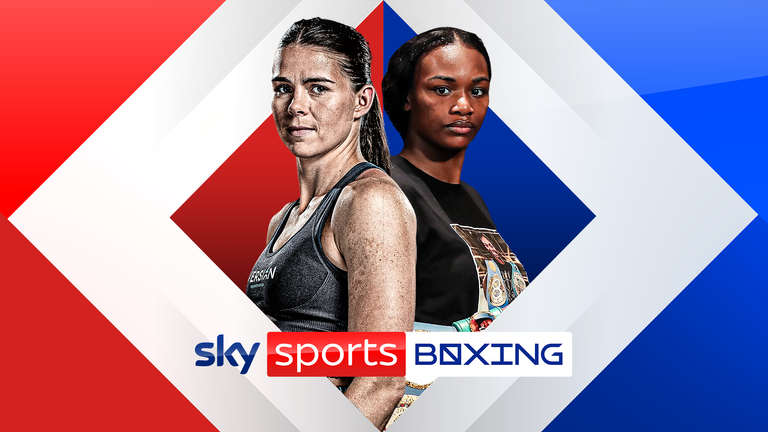 Savannah Marshall has reacted to her rival Claressa Shields’ MMA defeat by saying “she can’t sit around crying” because she is due back in the boxing ring.

Shields was defeated in her second MMA fight on Wednesday night, losing a split decision after being out-wrestled by Abigail Montes, the first time she has been beaten since an amateur fight with Marshall in 2012.

She is set to return to the ring on December 11 in the UK, live on Sky Sports, alongside Marshall before they then collide next year in what will be the biggest women’s boxing match of all time.

“She needs to hurry up and get over it,” Marshall told Sky Sports. “She can’t sit around crying in a dark room.

“She needs to get back on it for December 11.

“It’s been a long time since she lost.

“If anything, I hope it gives her a kick up the backside and gets her back on track.”

Shields has hit back in her ongoing war of words with Jake Paul, who said: “Shields is a loser, in MMA and even more so with her prima donna attitude.”

She responded to the YouTuber-turned-boxer: “This is funny. You come running when I lose a split decision in a whole new world of MMA but never even once said ‘congrats on all you’ve done and aspire to do’.

“Two things that remain, Jake. I still fight better than you and you won’t accomplish 10 percent of what I have in boxing or life.

“Unlike Jake, I fought a real MMA fighter, he has yet to face a real boxer in boxing.”

Shields’ boxing promoter Dmitry Salita told Sky Sports: “The plan is that she will take a few days off and will be back in training camp with John David Jackson getting ready for his UK boxing debut. That will be sensational!”

She won her MMA debut earlier this year and has vowed to compete in the sport again under the Professional Fighters League promotion.

Marshall said about her rival’s switch to MMA: “In Claressa’s defense she was at a point where the fight with me seemed a million miles away, and she had beaten everyone in front of her.

“She probably thought: ‘There’s nothing left for me in boxing’.

“But MMA isn’t like boxing. You very rarely come across an MMA fighter with an unbeaten record.

“Hats off to her for having a go. She dared to be great but came up short.

“She will live and learn.”

Shields said about her MMA defeat: “I lost a split decision, I didn’t get my ass whooped. I also improved. All I’m going to do is go back to the drawing board and keep learning. No one said this journey was going to be easy. MMA is new to me, I’m fighting on a world stage after only nine months of training.

“I’ll return to boxing in December and continue my undefeated journey there.

“And MMA, we ain’t done! I got something for you next year! It’s on now! You fired me up with this one! Watch my next MMA fight, I’ll be on a different level! Not discouraged at all! “

Shields is expected to defend her IBF, WBA and WBC middleweight titles against her mandatory challenger Ema Kozin on December 11, live on Sky Sports.

Unbeaten WBO champion Marshall said about Shields’ next challenger: “She’s young, unbeaten, she has boxed a lot of the same opponents that I have.

“She’s little, she’s a southpaw. Because of her style, it will be a messy win for Claressa.”