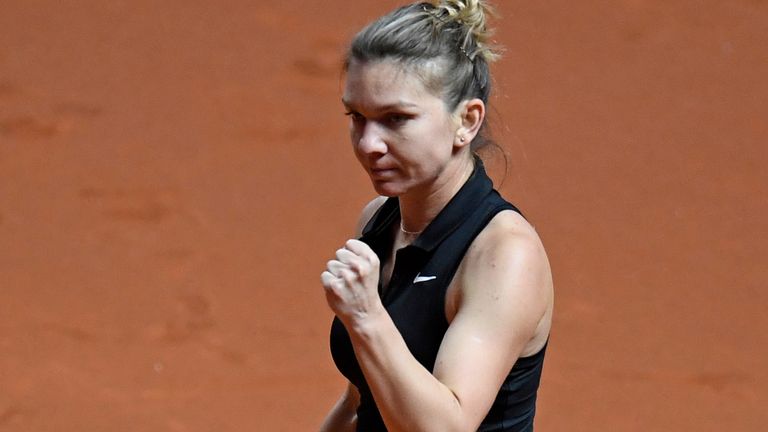 Simona Halep says she feels “protected” after receiving the coronavirus vaccine in February; the 29-year-old tested positive for the virus last October; ATP and WTA have recommended players get vaccinated but it is not mandatory

Former world No 1 Simona Halep says she is no longer afraid of COVID-19 after getting vaccinated and has called on others within the sport to get the vaccine to allow tennis to ease health and safety restrictions.

Halep, who turns 30 next month, did not travel to New York for the US Open Grand Slam last September due to the pandemic but then tested positive for the virus in October.

The Romanian, who won her opening match the Western & Southern Open in Cincinnati, received the vaccine in February.

“I don’t feel afraid, because I am vaccinated,” Halep told reporters. “I feel protected. I am taking care. I wear the mask when many people are around.”

Professional tennis, which requires players to jet around the world, was shut down for five months last year as countries locked down borders to stem the spread of the virus.

The tours returned to empty stadiums last year with players having to stay within biosecure ‘bubbles’ and continue to be played in front of a handful of fans at best.

Both the ATP and WTA have recommended players get vaccinated and have put new protocols in place as incentives to get the jab.

“I don’t like the bubbles,” Halep said. “I feel very stressed when I’m in the bubble.

“So if people can vaccinate more and more (it) will be better, because we will not have more restrictions anymore.”

Stefanos Tsitsipas says he would only get the COVID-19 vaccine if it became mandatory to compete in tennis.

The 23-year-old Greek player is among those who still have reservations about taking a vaccine, despite the men’s ATP Tour publicly encouraging players to get vaccinated.

Halep claimed her first win since May after the three-time finalist defeated Magda Linette 6-4 3-6 6-1 having only returned to the tour in Montreal last week.

The 12th seed had been sidelined for three months after sustaining a calf muscle tear in Rome.

“The main goal is just to be healthy and to play as much as possible, because I need the matches, official matches,” she said.

“Even if I practice a lot, home is not the same. To build the confidence, I have to keep playing matches. Hopefully I can win a few more.”