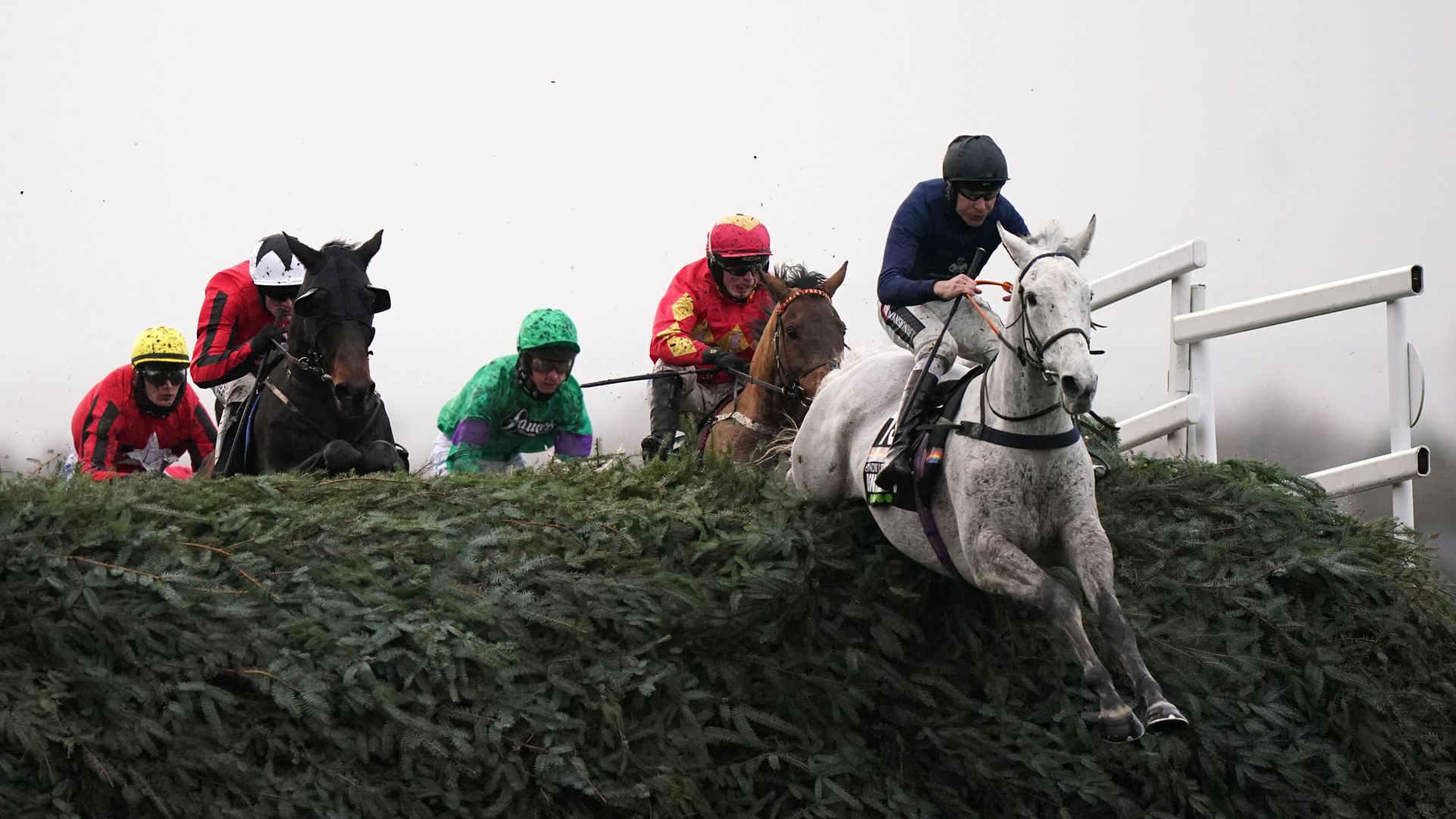 Snow Leopardess could take in a run over hurdles to protect her handicap mark before a possible tilt at the Randox Grand National.

The nine-year-old mare showed the famous fences at Aintree held no fears when making most of the running and holding Hill Sixteen by a nose in the Unibet Becher Handicap Chase at the Liverpool course on Saturday.

Snow Leopardess has been raised 7lb for that performance, taking her rating to 147 – which should ensure her place in the world’s greatest steeplechase in April.

Trainer Charlie Longsdon believes the mare would have an each-way chance should she line up for the extended four-and-a-quarter-mile marathon.

“She’s in very good form. We’ll get to the spring and see what happens. We might end up looking at the Grand National – if it’s slower ground we’ll definitely be looking at it,” said the Chipping Norton handler.

“She’s now up to a mark of 147 so hopefully she will go there with a little each-way squeak.

“Mrs Fox-Pitt (owner) is just a bit wary of the numbers (runners in the National). It’s the numerical side of it.

“We’ll see how she is between now and then and go for it. We’ll probably look for something from the middle of January. We might even run her over hurdles.

“There’s the Grade Two Warfield Hurdle for mares’ only at Ascot and there’s also a fifty grand hurdle race over three miles at the new meeting at Lingfield as well, so we can keep her mark at around 147.

“I don’t want her to go down or up – 147 is nicely near the bottom as well. That is why we’ll probably give her one run over hurdles before the weights for the National come out.”