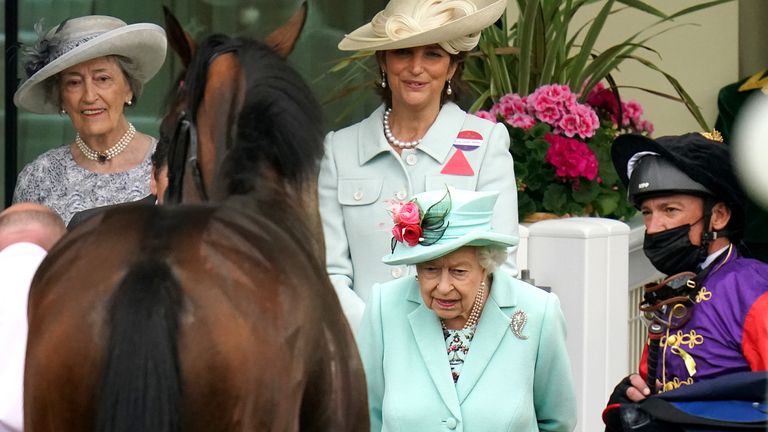 Reach For The Moon forwarded his Classic claims as he cantered home in the Betway Solario Stakes at Sandown.

Sporting The Queen’s silks, the Sea The Stars colt was sent off the 2-5 favorite for the Group Three heat after winning one of his three previous starts, and finishing second on the other two occasions – most notably when narrowly denied in the Chesham Stakes at Royal Ascot.

Partnered by Frankie Dettori for trainers John and Thady Gosden, Reach For The Moon settled in behind through the early stages of the seven-furlong contest – but when sent about his business, the response was instant.

Reach For The Moon easily assumed control and was soon clear, with Dettori easing down well before the line to win by four lengths from Great Max.

Coral make him a 14-1 chance from 20s for next year’s Cazoo Derby, while he is the 10-1 joint favorite with his Chesham conqueror Point Lonsdale for the Qipco 2,000 Guineas.

John Gosden said: “They didn’t go much pace, so Frankie thought he would get on with it. He didn’t think he would go to the front that fast and go that far clear.

“He did well as he has learned a lot running up the Sandown hill on his own, but he has shown a bit of class I thought.

“You have got to look towards the autumn and we would like to wind up in one of those nice Group Ones. We will see how he is over the next few days and make our decision.

“He is very progressive and has done everything right. He has developed and strengthened.”

Dettori believes Reach For The Moon is progressing with every outing.

He said: “He was quite babyish at the beginning of his career. He was quite coltish and not concentrating. With racing he is getting better and better and today he stopped his antics a little bit and he was focusing better.

“He has got a good size, a wonderful stride and he has got gears. He is a very exciting prospect.

“I was a bit concerned about the slow pace at the beginning, so I set him for home a long way out. Normally I wouldn’t do that, but I didn’t want to sit and sprint as he is such a big horse .

“He went through the gears and put daylight between them and felt good on top.

“We feel like the more he is racing, the better he is getting, so I suspect you will see him out a couple more times before the end of the season. He is a good size so you would expect him to train on.

“I suspect the Dewhurst could be the plan.”