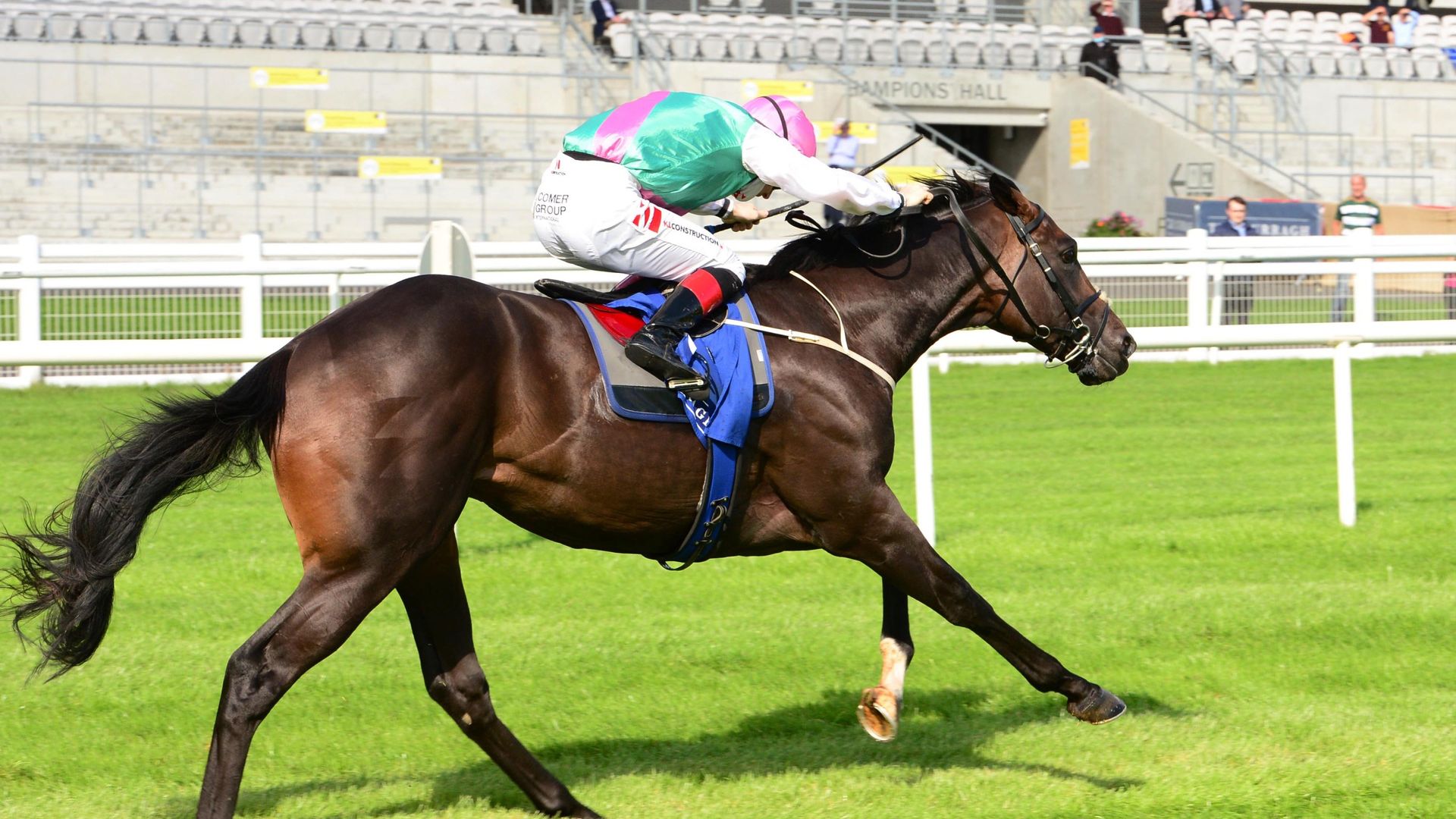 Ger Lyons’ unbeaten juvenile Straight Answer has been supplemented for the Darley Dewhurst Stakes at Newmarket on Saturday.

The son of Kodiac won on his debut at the Curragh and was very impressive in a Listed race next time out, by five and a half lengths at Fairyhouse.

Barry Mahon, racing manager for owners Juddmonte, said: “He’s a big, scopey horse and took a bit of time to come to hand, but he’s two from two and won nicely on his last start.

“While this is a very big ask, we just thought it was worth a go as it will further his education for next year to put him in Group One company.

“Part of the reason we supplemented was the weather forecast, it looks set fair and he’s a horse that wants good ground. That would be our preference, so hopefully we don’t get any nasty surprises with the weather.

“This is a big step from a Listed at Fairyhouse to a Group One and it’s his first try over seven furlongs, so there’s a lot of variables, but we are excited to see if he can step up to that level.”

Already a Group One winner in the National Stakes, Native Trail is unbeaten in three races and sets a tall standard for the others to aim at. The Godolphin trainer could also run Prix Jean-Luc Lagardere runner-up Noble Truth.

Immediately in front of Angel Bleu in France was Ralph Beckett’s Angel Bleu, who handled the soft conditions with aplomb – leaving his trainer to hope for something similar at the weekend, although the ground in Newmarket was described as good on Monday.

Roger Varian’s Bayside Boy dented the reputation of Reach For The Moon when winning the Champagne Stakes and has been aimed at this race since.

Hugo Palmer has never hidden the regard in which he holds Dubawi Legend and after an excuse was found for his defeat at York, better will be expected at HQ.

Aidan O’Brien has two options, chief among them being Glounthaune, not seen since a winning debut in April when he accounted for the smart Castle Star.

Royal Ascot winner Berkshire Shadow and Go Bears Go are also among the 12.

Jamie Osborne’s Mekong, former winner Withhold and several Willie Mullins entries such as Micro Manage, Whiskey Sour and MC Muldoon, are all towards the head of the weights in the Together For Racing International Cesarewitch.

Saeed bin Suroor’s Live Your Dreams and Richard Hughes’ Calling The Wind are other strong fans confirmed at the five-day stage.