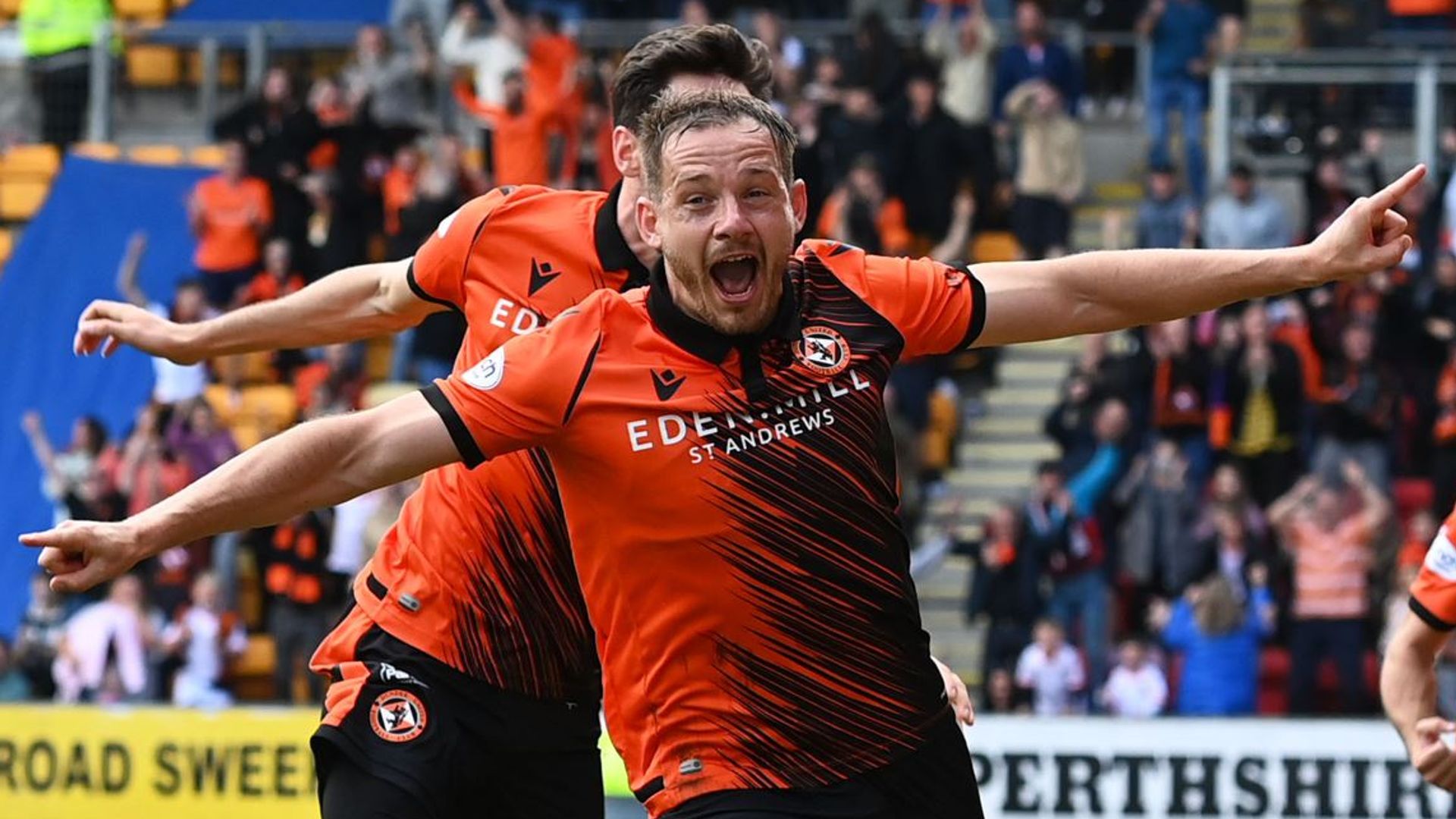 Peter Pawlett scored against St Johnstone before his Dundee United team-mates held on for a 1-0 victory following his controversial red card.

Pawlett showed quick feet to slot home on the hour mark before being booked for embracing some of the visiting fans during his celebration.

The former Saints loan player was shown his second yellow card 12 minutes from time after referee Don Robertson ruled he had dived into the center circle.

Pawlett was adamant that he had been tripped by Murray Davidson but there was no immediate cost as United held on with the help of a decent save from debutant Trevor Carson, who was in for the injured Benjamin Siegrist.

The visitors were worthy of their win as they followed up victory over champions Rangers with another scalp against Scotland’s double cup winners.

Saints pushed for an equalizer but did not start either half particularly well as they juggle their European and domestic duties.

Chris Kane and Callum Booth threatened from early set-pieces for Saints but United looked sharper in the opening quarter with centre-forward Marc McNulty bringing team-mates into play in some bright passing exchanges.

McNulty set up Nicky Clark with a lay-off and Zander Clark got down well to push away the attacker’s 20-yard strike.

The unmarked McNulty headed straight at Clark from Jamie Robson’s cross and the Saints goalkeeper saved comfortably from Levitt after the Wales international scuffed his effort from the edge of the box.

Charlie Mulgrew had an effort blocked from close range following a free-kick into the box as United kept pushing.

Saints got on top towards the end of the half and Shaun Rooney threatened with a long-range strike and a cross that was just too far in front of May.

United again started the second half well. Mulgrew headed wide from a corner and McNulty got on the end of a long ball but could not get enough power on his shot to trouble Clark.

Liam Smith blocked from May and Kane at the other end and United took the lead after a throw-in on the left wing. Levitt crossed and Clark knocked the ball on for Pawlett, who took a touch and steered his shot past Clark from 10 yards.

Saints looked more lively after bringing on O’Halloran and Callum Hendry and there might have been a red card before Pawlett walked. McNulty avoided a yellow card for catching Rooney with an arm in the mouth moments after being booked for hacking down Jamie McCart.

Pawlett was soon sent off despite his protestations – United can appeal against the second yellow card if they decide to do so.

Saints pushed and Middleton twice threatened from 20 yards but Carson saved the first effort and McNulty blocked the winger’s free-kick as he lay down behind the wall.

St Johnstone host Linz ASK in the second leg of their Europa Conference League Qualifying playoff on Thursday at 7pm, having drawn 1-1 in the first leg, before traveling to St Mirren next Sunday (3pm).

Meanwhile, Dundee United entertain Hearts on Saturday, with the Scottish Premiership game kicking off at 3pm.