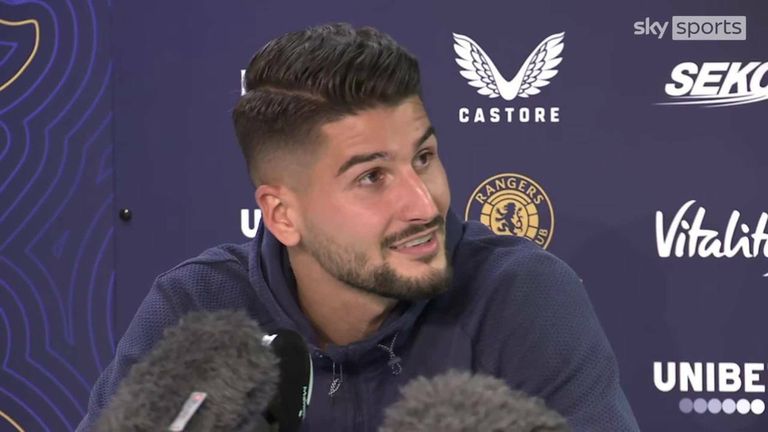 Steven Gerrard believes Rangers were affected by fear and panic as they unsuccessfully attempted to rescue their Champions League qualifier against Malmo at Ibrox.

Trailing 2-1 from the first leg where they had lost two quick goals after the break in Sweden, Colombia striker Alfredo Morelos leveled the tie in the 18th minute when he knocked in a Ryan Kent cross.

The third qualifier appeared to swing further in Rangers’ favor when Malmo midfielder Bonke Innocent was sent off just before the break.

However, two stunning goals from Malmo striker Antonio Colak early in the second half gave the Swedish side a 4-2 aggregate victory which should embarrass the Scottish champions, who have now lost three games in a row.

“We have tried to keep the heat on after being 2-1 down,” Gerrard told Premier Sports after the defeat.

“You have to try different things, a bit of fear and a bit of panic sets in. We started playing hopeful balls into the box instead of trying to stay calm and play through.

“The reality is we have lost three games out of four and that is not good enough at Rangers. We are well aware of that. We now have to pick ourselves up and regroup.

“The most frustrating thing is we lost the second half 2-0 to 10 men. Defensively from the restart we were poor. There is no way to dress that up. We need to be better in those situations.

“We have been made to pay from the ball being out of play and two throw-in situations. Defensively we haven’t been good enough. “When you play teams at this level and you don’t defend situations from restarts well then you will pay, and we have done.

“I felt when he had it we were going round and round instead of trying to pin back their defenders and be more spiteful with our passing.

“The reality is at this level you can’t concede two goals in the first leg and two in the second leg because you make things really difficult for yourself.”

‘Every expectation Rangers would win’

“Rangers at half-time, with that man advantage, the goal, winning the game and level in the tie, you’d expect them to come out [and win], but to be honest, Malmo have a lot of experienced players in their team and they needed it.

“Colak up front scored two fantastic goals, but the second one, there’s no excuse for it from Leon Balogun. It’s from a throw-in and he’s got to have someone in front, protecting him. As soon as it’s played into Colak, he turns and Joe Aribo tries to get back but it’s a fantastic turn and finish.

“Rangers didn’t create much in the second half. They look like a team that huffed and puffed for the majority.”