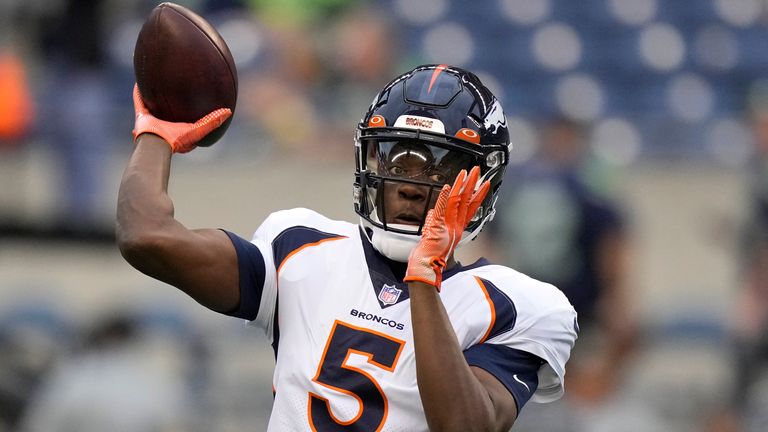 Teddy Bridgewater has won the quarterback competition in Denver and will start in Week One for the Broncos on September 12.

“Coach (Vic) Fangio informed our team this morning that Teddy Bridgewater will be the Broncos’ starting quarterback,” read a brief message posted on Wednesday to the team’s official Twitter account.

Drew Lock started for the Broncos last season but faced competition in the offseason and throughout the preseason from the well-traveled Bridgewater.

The news for Bridgewater comes five days before the fifth anniversary of a devastating preseason injury to his left knee that forced him to miss all of 2016 and all but one game of the 2017 season. He led the Minnesota Vikings to an 11-5 record in 2015 and was named to the Pro Bowl.

Fangio took a few days to make the decision following the Broncos’ 30-3 preseason win over the Seattle Seahawks on Saturday. In that game, Bridgewater completed 9 of 11 passes for 105 yards and a touchdown, while Lock went 9 of 14 for 80 yards.

Bridgewater, 28, passed for 3,733 yards with 15 touchdowns and 11 interceptions in 15 games for the Carolina Panthers last season. He has started 49 games in his NFL career for the Vikings, New Orleans Saints and Panthers.

Denver acquired Bridgewater in an offseason trade with the Panthers in exchange for a 2021 sixth-round draft pick.

Lock, 24, has been thrown for 3,953 yards, 23 touchdowns and 18 interceptions with a 59.1 per cent completion rate in 18 starts over two seasons. He missed time in 2020 due to both a shoulder injury and COVID-19 protocols, and the Broncos only won four of his 13 starts.

The Broncos open the 2021 season on the road against the New York Giants on September 12.