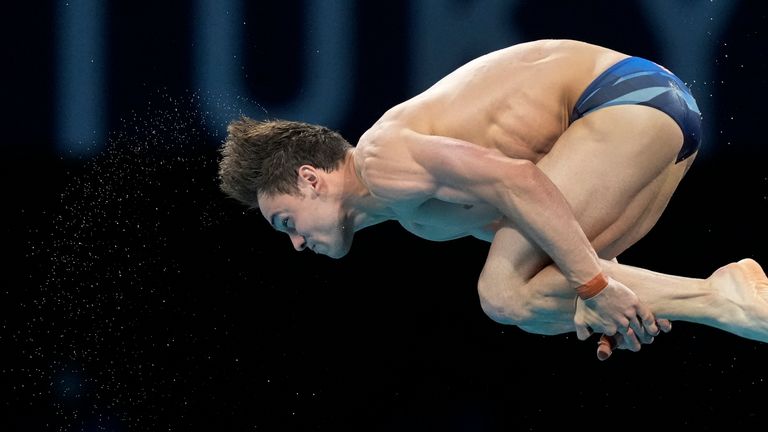 Great Britain’s Tom Daley has won the bronze medal in the men’s 10m platform at Tokyo 2020.

The 27-year-old from Plymouth started the final in great fashion and led the competition at the halfway stage ahead of China’s Cao Yuan and world champion Yang Jian.

But despite a series of impressive dives which scored him more than 90 points each, he had to settle for third place with an overall score of 548.25.

Yuan pipped his compatriot Jian to the gold medal with a stunning 102.60-point final dive despite the latter posting a world-record, 4 and a half somersault dive which scored 112.75 points.

Cao becomes the first diver to become Olympic champion in three different events after winning the 10m synchronized event at London 2012 and the 3m individual at Rio 2016.

It is Daley’s second medal of the Tokyo Games after he clinched his first Olympic gold in the synchronized 10m platform alongside Matty Lee last week.

It is also his first individual Olympic medal since he won bronze at London 2012, and his fourth overall after his bronze in the 10m synchronized with Daniel Goodfellow at Rio 2016.

Daley won Team GB their 60th medal at Tokyo 2020 with little more than 24 hours of action to go, as they now sit fourth on the medal table with 19 gold, 20 silver and 21 bronze medals.

Earlier on Saturday, Galal Yafai secured GB another gold medal after defeating the Philippines’ Carlo Paalam on points in the men’s flyweight final.