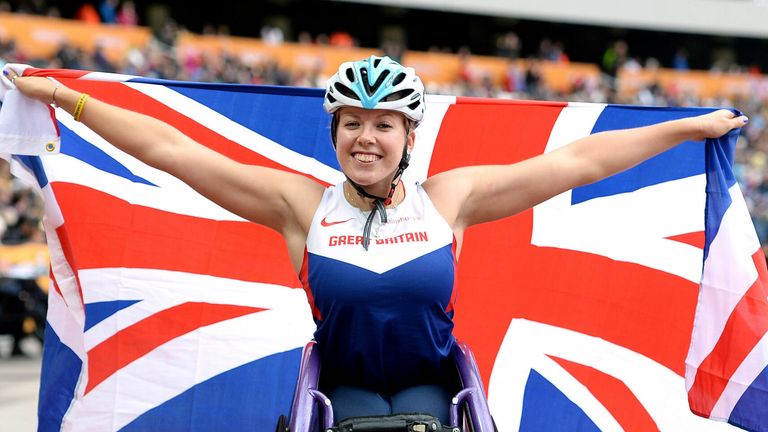 The duo were voted as co-captains by their peers; both will be bidding to defend Paralympic titles over the course of the Games which run from August 24 to September 5 in Tokyo

Hannah Cockroft and Aled Davies have been voted as co-captains for the ParalympicsGB athletics team for the Tokyo 2020 Paralympic Games.

Cockroft, who is a five-time Paralympic champion, will be going for further medals when she competes in the women’s T34 100m and 800m events.

Davies won gold in Rio five years ago to add to his illustrious list of career titles, and he will be looking to defend his title in the men’s F63 shot put which begins on September 4.

“It’s a massive honor to be named team captain alongside Aled for the 2020 Paralympic athletics team, especially as it’s a title now chosen by our team-mates,” Cockroft said.

“Knowing they see me in a leading position is a massive privilege and I can’t thank them all enough. I cannot wait to lead this incredible team out into my third Paralympic Games.

“We have a strong combination of experience and fresh faces in this team and even here in the holding camp, the dynamic is the most supportive and friendly team. I have ever been a part of.”

“It’s an absolute honor to be selected as captain,” Davies added.

“Over the last year I’ve been so inspired by how everyone has adapted, evolved and overcome so many obstacles.

“This team is the greatest para athletics team in the world, we’re feared and envied, so my message to them is to embrace it, enjoy it and do yourself proud.”

A total of 227 athletes will represent ParalympicsGB in Tokyo, and with 100 female athletes selected the British team will have its greatest level of gender parity at a summer Paralympics.

ParalympicsGB contains 42 returning Paralympians and 43 Paralympic champions while the youngest athlete on the team is 17-year-old swimmer Ellie Challis.