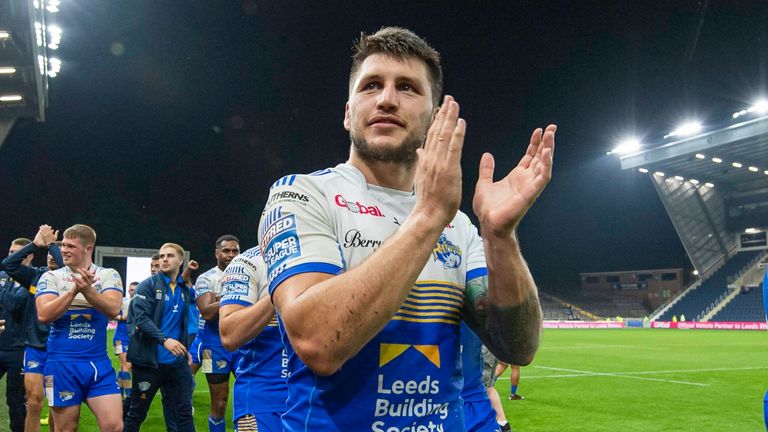 Tom Briscoe is set to make his 350th career appearance when Leeds travel to Wigan in the Betfred Super League on Wednesday night. Watch the action from the DW Stadium live on Sky Sports Arena from 7.30pm (kick-off 7.45pm)

It is perhaps appropriate that Richard Agar will be the man in charge as Tom Briscoe steps out for what is set to be the 350th appearance of his playing career when Leeds Rhinos face Wigan Warriors on Wednesday evening.

Agar was the man who brought Briscoe to Hull FC as a junior from the U16s of community club Featherstone Lions, impressed by the physical and mental attributes of the three-quarter who had otherwise been overshadowed by team-mates like Liam Watts and Joe Westerman.

Those saw him initially perceived as a center who could slot into the back row, but when thrust into first-grade action in 2008 as an emergency winger aged just 17 and still studying at New College Pontefract it became apparent pretty quickly that was where his future lay.

Briscoe now finds himself 13 years, a combined 349 appearances for Hull FC, Leeds and England, and 181 tries down the line as both a multiple Super League Grand Final and Challenge Cup winner – and even Agar, now reunited with him at Emerald Headingley in His role as Rhinos head coach, is astounded by what the 31-year-old has achieved.

“I’d love to stick my hand up and say I envisaged Tommy Briscoe’s career, but I didn’t,” Agar, who was an assistant coach at Hull FC back in those early days, said. “I felt attitude-wise and physically he was always going to be good, but did I see a guy as a teenager who was going to start dominating like he did at first grade? No, not really.

“We had to get him out of school a couple of times to get him on a coach to Lancashire. As can often be the case, adverse circumstances open a door, and he got an opportunity probably before we anticipated.

“But his early performances at Hull FC back in the academy in his first dozen games made us sit up and take notice and think ‘Maybe this kid has got a bit more than we thought he had’, such was his power.”

Briscoe has been a mainstay of the Rhinos’ back line since making the switch from Hull for the 2014 season, helping them lift the Challenge Cup in his first season. He backed that up with another success in the same competition the following year, earning the Lance Todd Trophy too after becoming the first player to score five tries in a Wembley final.

Grand Final success followed later in 2015 and again in 2017, while he was once more on the scoresheet in the process of earning a third Cup winners’ medal as Agar’s side edged out Salford Red Devils in last year’s Wembley showpiece.

It is not just what he does on the field which has made Briscoe an important member of the Leeds squad though, with Agar impressed by the example he sets for others off it and his straight-talking approach when he has something to say. 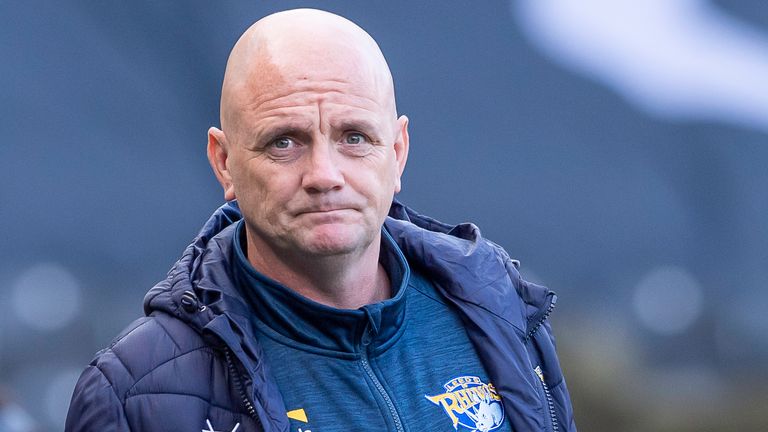 He’s not an outwardly vocal leader as such, but he certainly leads by his action and professionalism, and when the time comes you need to talk straight then he’ll give you an honest, straight answer.

“You know you’ll get an honest opinion even if it’s one of those tough conversations where you don’t like what is coming back the other way, but that’s great. In an environment like ours, it’s good to know you’ve got guys who tell it like it is.

“But, at the same time, you know he’s like that in the group too and not a guy who will wear glib statements from player or people saying things for the sake of playing. He’s quite happy to bring it back to the conversation and say : ‘We’re saying this, but what are we actually going to do about it’.

“He’s not an outwardly vocal leader as such, but he certainly leads by his action and professionalism, and when the time comes you need to talk straight then he’ll give you an honest, straight answer.”

Injury permitting, Briscoe should still have several seasons at Super League level ahead of him, although he has already prepared for life off the field by attaining a degree in sports and exercise science.

He is following that up with a doctorate in sports performance and physiology, and Agar expect Briscoe to have a bright future in rugby league beyond whatever he still has to achieve on the pitch.

“I think it’s a little bit away yet, but he’s a guy who when he does finally hang up his boots you could find a place for him in the game too,” Agar said.

“He’s spent his time wisely educating himself to degree standard and now he’s furthering his education doing a doctorate.

“So, with that level of intelligence and professionalism, and character that he’s not afraid to have tough conversations, I think there is a place for Tommy in the sport when he does finally call it a day from a playing perspective.”