Union Berlin has a unique club culture in the Bundesliga: Find out more ahead of the Berlin derby against Hertha | Football News 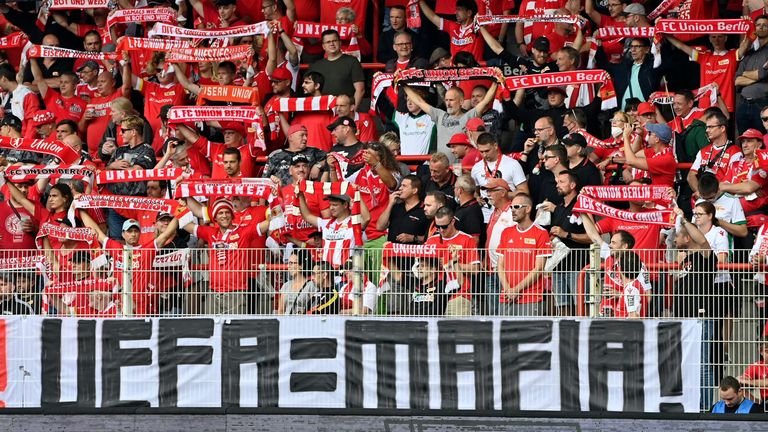 Union Berlin are special partly because they do not think they are special. Others have changed. They have not. The result is that this cult outfit, ostensibly one of the smallest clubs in the Bundesliga, have not only become unique – they are thriving.

Since reaching the top division for the first time in 2019, they have earned a top-half finish and are now enjoying European football. Success is being sustained and they face wealthy neighbors Hertha Berlin on Saturday in the unlikely role of favourites.

It is a lot to take in for fans who have long revelled in their role of outsiders. When the Berlin Wall went up in 1961, Union became an anti-establishment symbol in the east. While other clubs represented the military or secret police, this was the team of the workers.

There are stories of supporters chanting for the removal of the wall when there was a free-kick – subtle acts of dissidence. That spirit remains, a culture that is focused on the fan rather than commercial interest. The small club making a big noise in the Bundesliga.

“If you look at our budget and stadium size there is no doubt that we are still the outsider,” Christian Arbeit tells Sky Sports, “It is not like we wake up every morning thinking to ourselves how special we are. We are just ourselves. We think we are normal.

“It is the other clubs that are different.”

Arbeit is the man to ask. He has worked for Union since 2009 in various capacities – “the question should be what does my work not involve” – ​​and those roles include that of stadium announcer. Except that the role is rather pared back at this particular club.

He only takes to the microphone 20 minutes before kick-off. “I welcome everyone and introduce the teams.” It is a deliberately minimalist approach with the fans in mind. This is a time for friends to catch up. For them to grab some food and have a beer. Singh.

“I don’t tell stories, we don’t show videos and we don’t do interviews. You don’t have to fill up every moment of silence with something. That makes the people feel that they can fill it. Let them talk. Don’t try to catch their attention and put it somewhere else.

“Why do they come? They come to see their team play and support the guys. That gives the whole thing honor and dignity. We don’t do presentations or any of these ridiculous things like saying, ‘It is now five minutes to the half-time presented by some mineral water.’

“Everybody thinks about what more they can add to the football match to make it more entertaining to audiences who might not be that into football. That is crazy. We think the opposite. We think about whether there is anything else we could take out.

“For example, we are the only team in Germany without goal music. What we believe is that your team scoring a goal is one of the best moments in football. Why play music there?

“In our experience, people are absolutely able to celebrate something good in the way they want. They hug, they throw their beer cups in the air, they cheer. It is loud as hell so just let them do it. The less we do , the more people feel able to bring their own emotions.”

There is a commercial cost to this decision. Sponsorship opportunities are being passed up, especially now that Union are flying in the Bundesliga. “Of course, there is money that we could be taking that we do not take. But this is us. We do not do these things.” 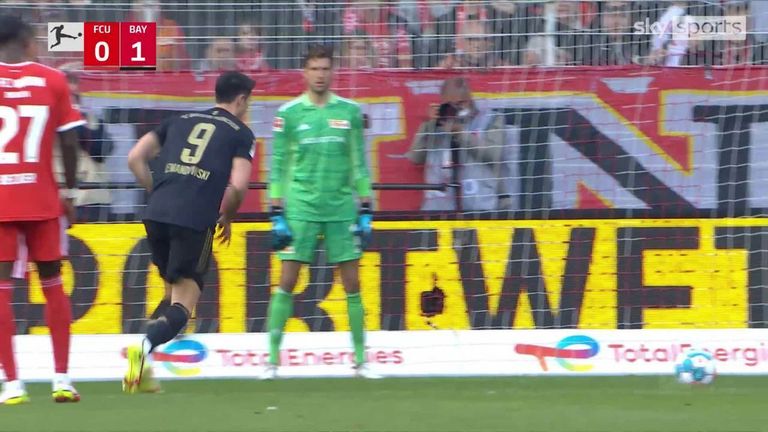 Highlights of the Bundesliga match between Union Berlin and Bayern Munich

It works for Union. Bayern Munich are the only Bundesliga team to beat them at the Stadion An der Alten Forsterei in 2021 – ending a 15 game unbeaten run there in the competition. For Arbeit, that is not a coincidence. Players tell him the support they receive is unusual.

“When your kids come home from school and they have had a bad test result, you don’t start whistling, you support them, you encourage them to keep trying. These are not millionaires just here to entertain us. That is not our way of looking at the game.”

Arbeit has seen the alternative. “I experienced this in Cologne recently,” he adds. “If you teach the people that they are coming to a circus show where all the time something happens then you teach them to just sit there and wait to be entertained.

“The football becomes part of that entertainment and if their team does not entertain them as they expect then they just sit there. There were times against Cologne when 50,000 people were completely quiet. You could hear the coaches calling to the players.

“Later, they started whistling about how the players were playing rather than pushing them on and supporting them. In our stadium, everyone knows it is only good if you take part. Don’t come here to look at how great it is. Come here and make it great.”

At Union, supporters have made the stadium great in a literal sense. Two-and-a-half thousand fans donated 140,000 hours of labor to help rebuild the stadium for its reopening in 2009 when the club could not afford it. Many more have shares in it.

Then there was the Bleed for Union campaign. In Germany, there were financial incentives to giving blood so fans were encouraged to do so with the resulting funds going to the club. They literally gave blood for the cause. It is all part of the Union mythology now.

“It is kind of already historical,” says Arbeit. “All that is a decade or more ago but it is a vital part of the history of the club. These moments are still very important and we still need those people. It makes the whole crowd feel that it is their stadium.

“The 2,500 who helped build it, the 5,000 who own shares in it, it is actually their property. Even if you do not have a share and you did not build it, you know there are lots of people around you who did. That makes sure everyone here takes care of it.”

Retaining that connection is the challenge as the club grows but Arbeit himself is central to that. As a public face of the club, he makes himself accessible but so do others. He is speaking from the stadium that doubles as the training ground. The president is there too.

“As a fan, if you have an idea or a complaint you could just park here at the stadium and if you have enough time you could meet the president, the coach, the players, everyone. People actually do that every day. Communication is easy. That keeps us all close.”

Traditions remain but this is a new era for Union. Promotion was “like a miracle” and European qualification, secured thanks to Max Kruse’s last-minute winner on the final day, something else. “Everyone was freaking out.” How can they top it? Perhaps they can’t.

“Everyone knows what is happening at the moment is way beyond expectations. We were all afraid how being in Europe would work out for our team. There have been many examples of how difficult that can be. But they guys are doing it. These are the best times.”

On Saturday afternoon, they could get better. Union are two points outside of the Champions League places when Hertha make the trip across Berlin. It is a clash of cultures, the team from the cavernous Olympiastadion visiting the stadium in the forest.

It is an unusual rivalry given that the two teams did not play a competitive game against each other until 2010. “A strange friendship,” says Arbeit. “An impossible friendship.”

That is a relic of the Cold War when Union supporters would have affection for Hertha too, that mysterious club over the border that they were not allowed to see. It became another way of rebelling.

Slowly things are changing. “A younger generation grew up who did not experience the wall. They just see one team in a blue shirt and another in a red shirt.” Union secured a famous win over Hertha in 2011. “This started the path to a normal football rivalry.”

The clubs that were once separated by a wall are now only four points apart in the Bundesliga. And yet, for Arbeit, the differences between them remain fundamental. Hertha represent the rest and their sanitised version of the game. Union will continue to be Union.

“The view on football, the feel, it is just so completely different. I cannot imagine someone could go there and think it is great and then come here and think the same. It is this or that. If you like it there, our way might feel too claustrophobic and you would feel excluded.

“You can go there and enjoy a match without being involved. Here, you might feel you don’t belong. But we are going to keep doing it how we like it. And, if you are someone who likes to throw themselves into it ? Come here to Union and jump in the mosh pit.”